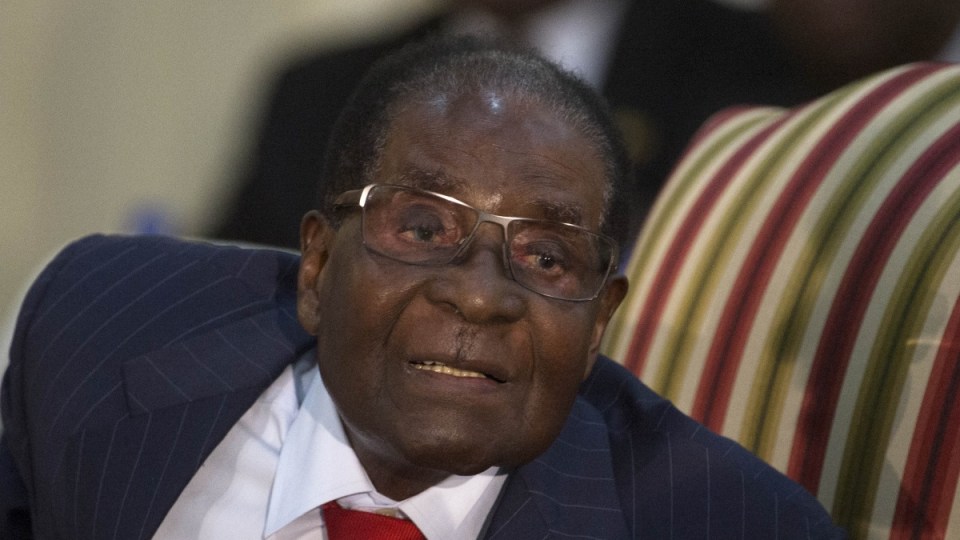 Local media had no news on the outcome of a meeting between Robert Mugabe (pictured) and the military chief. Photo: Getty

Zimbabwean President Robert Mugabe has made his first public appearance since Wednesday’s military takeover, appearing on stage at a graduation ceremony at Harare’s Open University.

The appearance came amid reports leaders of his party will force the veteran leader from office if he resists pressure from the army to quit, a senior party source told Reuters.

The 93-year-old self-styled grand old man of African politics, the only leader Zimbabwe has known since independence in 1980, insists he is still in charge.

Earlier, a smiling Mugabe was pictured shaking hands with Zimbabwe’s military chief a day after the army seized power, throwing confusion over predictions that the 93-year-old’s nearly four-decade rule had come to an end.

On Thursday Mugabe unexpectedly drove from his lavish “Blue Roof” Harare compound in Harare, where he had been confined since troops took to the streets, to State House, where official media pictured him meeting military chief Constantino Chiwenga and South African ministers sent to mediate the crisis.

The official Herald newspaper carried no reports of the outcome of the meeting, leaving Zimbabwe’s 13 million people in the dark as to what was happening as night fell.

Mugabe is insisting he remains Zimbabwe’s only legitimate ruler and is refusing to quit, but pressure was mounting on the former guerilla to accept offers of a graceful exit.

Earlier, a political source who spoke to senior allies holed up in the compound with Mugabe and his wife Grace said he had no plans to resign voluntarily ahead of elections due next year.

The army’s takeover signalled the collapse in less than 36 hours of the security, intelligence and patronage networks that sustained Mugabe through 37 years in power and built him into the “Grand Old Man” of African politics.

A priest mediating between Mugabe and the generals, who seized power on Wednesday in what they called a targeted operation against “criminals” in Mugabe’s entourage, has made little headway, a senior political source told Reuters.

Opposition leader Morgan Tsvangirai called for Mugabe’s departure “in the interest of the people”.

The army may want Mugabe, who has ruled Zimbabwe since independence in 1980, to go quietly and allow a smooth and bloodless transition to Emmerson Mnangagwa, the vice president Mugabe sacked last week triggering the political crisis.

The main goal of the generals is to prevent Mugabe from handing power to his wife Grace, 41 years his junior, who has built a following among the ruling party’s youth wing and appeared on the cusp of power after Mnangagwa was pushed out.

The last of Africa’s state founders still in power from the era of the struggle against European colonisation, Mugabe is still seen by many Africans as a liberation hero. But he is reviled in the West as a despot whose disastrous handling of the economy and willingness to resort to violence to maintain power pauperised one of Africa’s most promising states.