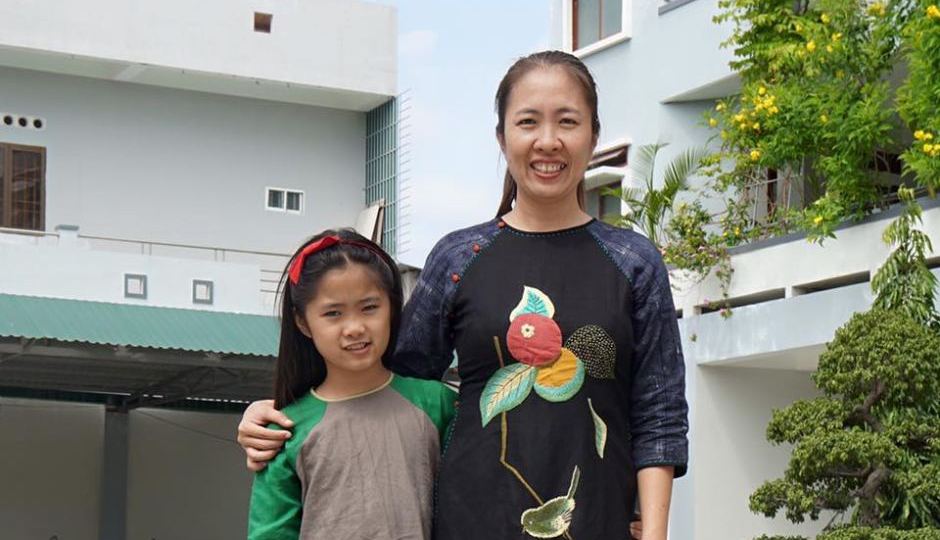 Nguyen Ngoc Nhu Quynh was jailed for speaking out against the Vietnamese govenrment. Photo: Facebook

The 11-year-old daughter of a well-known activist and political prisoner in Vietnam has appealed to Melania Trump to help free her mother from custody.

Nguyen Ngoc Nhu Quynh, better known as Mother Mushroom, is one of the Vietnamese government’s most famous critics, and blogs about environmental issues and deaths in police custody.

Mother Mushroom was given an award by Ms Trump on behalf of the US State Department earlier this year for her activism, but could not accept it because she was in pre-trial detention.

She was sentenced to 10 years in prison just a few months later for speaking out against the government.

Now her daughter, 11-year-old Num, wants the First Lady to take action during the US President’s visit this weekend to the APEC summit being held in the Vietnamese city of Da Nang.

“My mother is a good person and she always wants to protect other people,” she told the ABC.

In a handwritten note on Facebook to Mrs Trump, Num pleaded for help from the White House.

“The only thing I want is my Mum to come back to my family and be re-united,” it read.

“I have been so sad and lonely and I didn’t want to study any more.”

Vietnam cracking down on dissent

“Mother Mushroom is a very popular blogger who has been courageously criticising the government on various issues related to corruption,” Mr Robertson said.

“There’s been a direct appeal to raise the issue with Melania because Mother Mushroom received an award from the State Department last year.”

Human Rights Watch says there has been a surge of arrests and jailings in the lead up to APEC, and has released a list of 105 political prisoners.

But human rights is unlikely to figure much on the agenda of world leaders at APEC, who are much more focused on sealing trade deals and regional security.

Mr Robertson said authoritarian nations like Vietnam had been emboldened by countries like Australia and the US downplaying human rights issues.

“It is clear the government of Vietnam has embarked on a mission to round up the ringleaders of various civil society movements which have been criticising the government on different grounds,” he said.

“This is going to continue as long as the international community continues to avert their eyes and remain silent.”

While her mother has been in prison, Num is living with her grandmother and four-year-old brother, Bear.