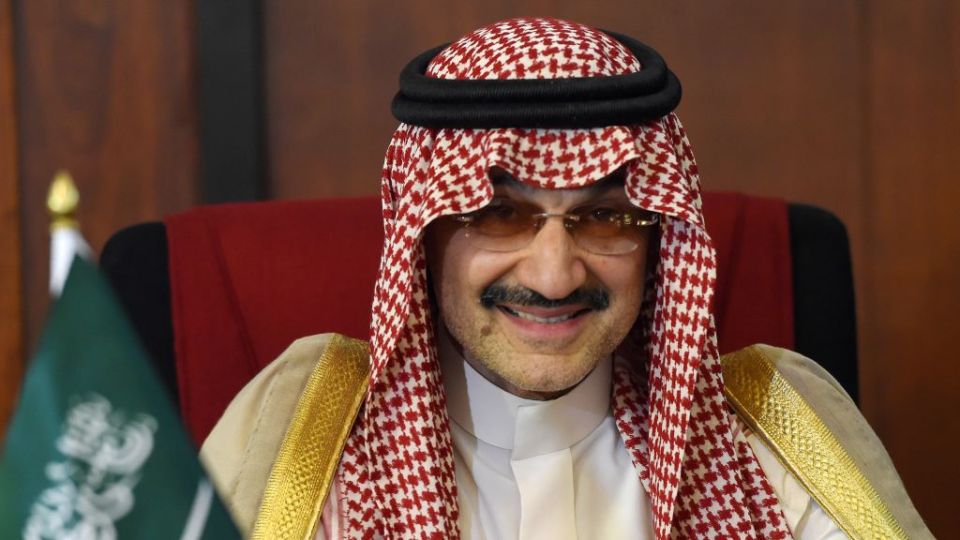 Prince Al-Waleed Bin Talal is considered one of the richest men in the world. Photo: Getty

The New York Times reported that the announcement of Prince Alwaleed’s arrest would send send shockwaves not only through Saudi Arabia, but the world’s major financial centres.

One of the world’s richest men, Prince Alwaleed holds large stakes in News Corp, Citigroup, Twitter and many other large companies, and controls satellite television networks watched across the Arab world.

The Times said that the wave arrests was seen as the latest move to consolidate the power of Crown Prince Mohammed bin Salman, 32, the favourite son and top adviser of King Salman.

King Salman announced late on Saturday the creation of a new anti-corruption committee chaired by Crown Prince Mohammed who has become a “dominant voice in Saudi military, foreign, economic and social policies, stirring murmurs of discontent in the royal family that he has amassed too much personal power”, The Times reported.

Riyadh’s Ritz Carlton hotel, the de facto royal hotel, was evacuated on Saturday, sparking speculation that it would be used to house the arrested princes, while the airport for private planes was also closed.

The crown prince is spearheading an ambitious economic reform program that aims to draw more foreign and private-sector investment into the kingdom, which is the world’s top oil exporter and the most powerful country in the Gulf Arab region.

King Salman also appointed two new ministers on Saturday to key security and economic posts, removing one of the royal family’s most prominent members as head of the National Guard.

Prince Miteb bin Abdullah was replaced as minister of the National Guard by Khaled bin Ayyaf, while Economy Minister Adel Fakieh was removed in favour of his deputy Mohammed al-Tuwaijri, according to a royal decree carried by state-run media.

Prince Miteb, the preferred son of the late King Abdullah, was once thought to be a leading contender for the throne before the unexpected rise of Prince Mohammed two years ago.

The cabinet reshuffle helped to consolidate Prince Mohammed’s control of the kingdom’s security institutions, which had long been headed by separate powerful branches of the ruling family.

Prince Mohammed, who has pledged to go after graft at the highest levels, will head the new anti-corruption body, which was given broad powers to investigate cases, freeze assets and issue arrest warrants and travel restrictions.

Saudi Arabia arrests 11 princes, including one of the world’s richest men