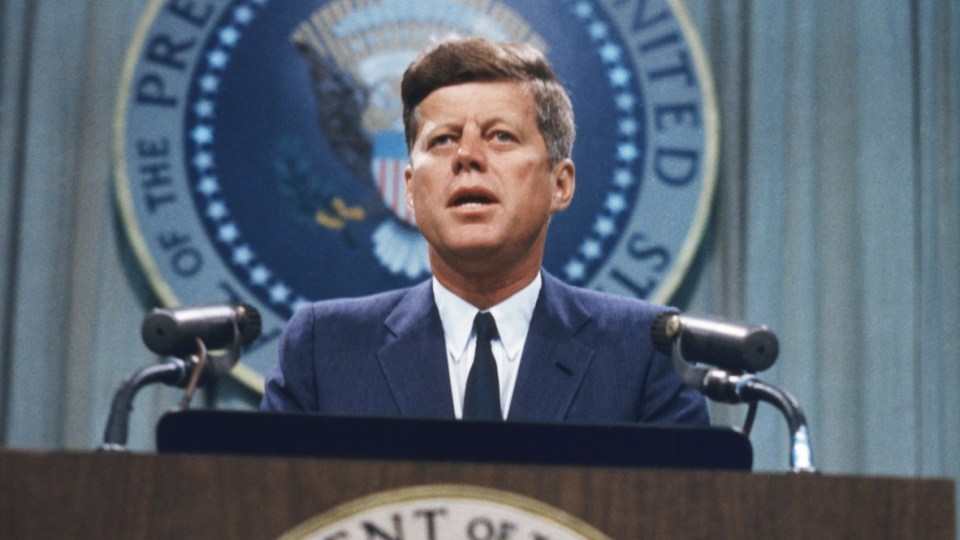 But much of the public has never fully bought that explanation. A trove of files expected to be released on Thursday, which the federal government had long fought to keep from public view, was likely to address some of the conspiracy theories that have lingered for decades.

As you dive into the documents or read news coverage, refresh your memory here on some of the people, theories and other aspects of the assassination.

A 26-second home video by Abraham Zapruder is the clearest recording available of the moment Mr Kennedy was shot. It has been pored over every which way, in hopes of finding the slightest of clues.

The film is now too brittle to run through a projector, but in 1999, the government paid Mr Zapruder’s heirs $16 million for it.

The Warren Commission and the ‘magic bullet’

On September 27, 1964, government investigators released an 888-page report on the assassination, forming the official explanation of the events. It concluded that Lee Harvey Oswald acted alone in killing the president, and that Jack Ruby acted alone in killing Mr Oswald two days later. It placed no blame on suggested conspirators like communists, foreign governments, the American intelligence community or right-wing conservatives.

Among its more controversial contentions was that a single bullet — derisively referred to as a “magic bullet” — struck both Mr Kennedy and Mr Connally, who survived the shooting. The theory was crafted in part by Arlen Specter, the longtime Pennsylvania senator who, at the time, was early in his career.

Mr Oswald, a former Marine, fired three shots from the nearby Texas School Book Depository, the Warren Commission concluded. He denied that he had shot the president, calling himself a “patsy.”

He was arrested hours later after shooting a police officer and ducking into the nearby Texas Theatre, the Warren Commission concluded.

Two days after the presidential assassination, Mr Oswald was being transferred from a city jail to a county jail when Mr Ruby stepped out from a crowd and shot him at close range, as millions of people watched on live television.

Americans have long expressed skepticism over the official explanation that Mr Oswald and Mr Ruby had each acted alone. A recent poll by FiveThirtyEight and SurveyMonkey found that 33 percent of Americans believed one person was solely responsible for the assassination, while 61 percent believe others were involved.

Skeptics often say it would have been impossible for Mr Oswald to fire fast enough to hit both Mr Kennedy and Mr Connally, or for the same “magic bullet” to strike both men. (Mr Connally said he thought he was struck by a separate bullet.)

The proposed explanation would be a second shooter on what has become known as the “grassy knoll,” an area ahead and to the right of the motorcade.

It was a beautiful day in Dallas, not a cloud in the sky. So why was one man holding up an umbrella?

The man, who can be seen in the Zapruder film and in other images, became the object of fascination. Could he have been signaling messages to gunmen? Was his umbrella rigged with some kind of weapon?

Josiah Thompson, a researcher, gave the mysterious figure a name that would stick: Umbrella Man.

“The only person under any umbrella in all of Dallas, standing right at the location where all the shots come into the limousine,” he said in a 2011 Op-Doc by Errol Morris. “Can anyone come up with a non-sinister explanation for this? Hmm? Hmm?”

As it turns out, Umbrella Man could. Louie Steven Witt came forward and testified in Washington in 1978, explaining that his umbrella was meant to protest the Nazi-appeasement policies of Joseph P Kennedy, the president’s father. The elder Kennedy supported the British Prime Minister Neville Chamberlain, who often carried an umbrella as an accessory, and he hoped the president would get the message.

Mr Oswald visited Mexico City for six days shortly before the assassination. He said he was there to obtain visas from the Cuban and Soviet Union embassies.

But some people suspect Mr Oswald worked with other people there to plan the attack, and his exact actions during his time there remain mysterious. Experts think the documents released on Thursday could focus on meetings he had there.