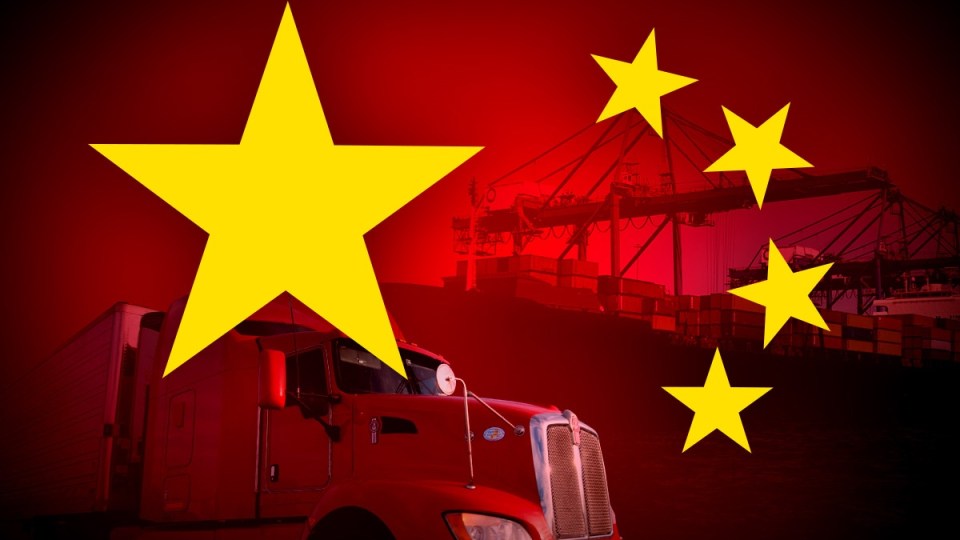 Australia remains willing to work with China after the 19th National Congress released statistics on its flagship project, the Belt and Roads Initiative.

“We are keen to strengthen engagement with China on regional trade and infrastructure development projects, including practical initiatives developed under the BRI,” a Department of Foreign Affairs and Trade spokesperson said.

“China’s 19th Party Congress has not altered this position.”

Earlier this week, the Communist Party added President Xi Jinping’s name and his personal ideology – “socialism with Chinese characteristics for a new era” – to its constitution.

This was widely interpreted as a consolidation of his power, and a confirmation that China is increasingly looking to engage with the global economy.

President Xi announced to his party on Thursday he had been appointed to another five-year term, and revealed a new Politburo Standing Committee (China’s most powerful executive body) with no obvious successor, sparking speculation he intends to remain in power indefinitely.

“It is my conviction that the great rejuvenation of the Chinese nation will become a reality in the course of reform and opening-up,” President Xi said.

Crucial to China’s “opening-up” is the Belt and Roads Initiative (BRI), a multi-trillion-dollar foreign infrastructure and investment project to connect China via rail, road and maritime networks to Europe, the Middle East, Asia and the Indian Ocean region. It encompasses the overland Silk Road Economic Belt and the 21st Century Maritime Silk Road. The BRI has five phases including two overland rail projects to connect China to London and Tehran; a gas pipeline in four parts to bring in energy from Turkmenistan; a large dry port, the Khorgos Gateway, in Kazakhstan; and the Gwadar Port in Pakistan.

The $54 billion China-Pakistan Economic Corridor running from Kashgar on the border through disputed territory in Gilgit-Baluchistan to Gwadar is already partially operational and carrying cargo.

But it will be the ports dotted across the Indian Ocean region that are key. The China Overseas Port Holdings operated Gwadar Port is in a strategic position at the end of the Corridor and allows goods to enter China faster. China Overseas Port Holdings as of July 2017 now also has an 85 per cent stake in Hambantota Port in Sri Lanka, while Sri Lanka retains security and oversight.

Australia isn’t untouched either with a Chinese entity – China Investment Corp – owning a $2 billon share in the Port of Melbourne and investment in transport company Asciano. Brazil’s TCP Participacoes’ 90 per cent stake was bought for $9.4 million.

China is also investing in Sri Lanka’s Colombo Port City redevelopment project and future plans include investments in a port near Russia’s Arkhangelsk, Kalipedia in Lithuania possibly Kirkenes in Norway and two other ports in Iceland.

Other countries not directly part of the BRI or any marine trade route have also benefited. China invested $14.7 billion in Cambodia from 1994 to 2016, investing $11.8 billion by the end of 2016 into hydroelectric power, garment industries and the tourism sector.

China has also invested in Uganda with $3.07 billion in 2017, $2 billion of which went to Uganda’s oil and gas sector with the first barrel expected in 2020.

Ugandan President Yoweri Museveni explained to Xinhua News last month why countries felt it was easier to do business with China.

“Chinese don’t come here to tell us what to do. They come, you give your opinion and they give theirs. They will always take yours because they know it is your country,” he said.

The strategy of investing in ports and other foreign infrastructure is not new and its moniker the “string of pearls” first surfaced in 2005.

The return on the investment is huge for China: a stake in the ports means revenue when operational as well as control over cheaper and faster shipping of not just goods and services in and out of China but also oil and gas to meet its huge domestic consumption.

India and Australia have yet to sign up to benefit from the BRI – India due to investment in the disputed Kashmir.

The Australian government remains cautious but open to the prospect of benefiting economically from the new Silk Road.

Marisa Wikramanayake is a freelance journalist, author and editor based in Perth. You can find her at @mwikramanayake and www.marisa.com.au

Australia open to ‘One Belt, One Road’ engagement as China targets sea ports