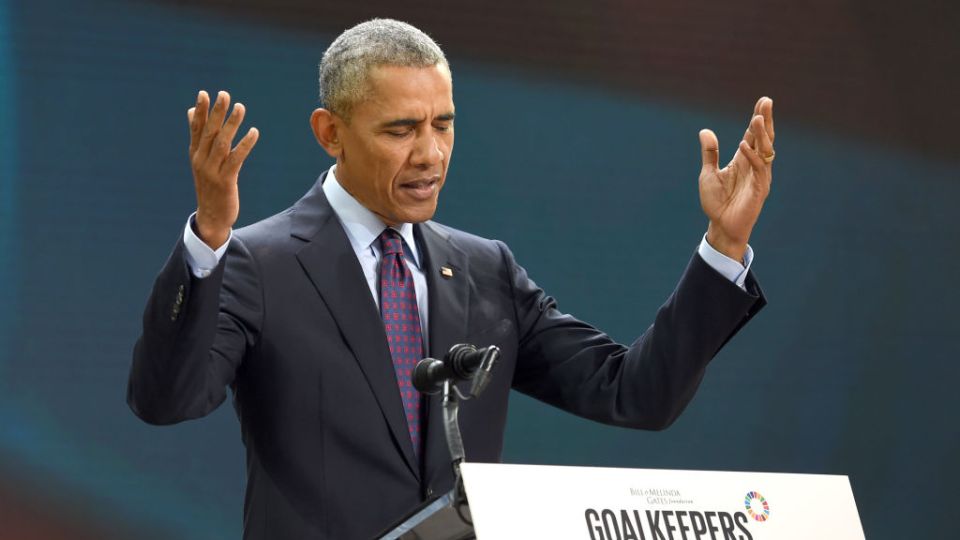 Without mentioning Donald Trump by name, Barack Obama has lamented the turn the US has taken since November's election. Photo: Getty

Former US president Barack Obama has called on voters to reject a growing “politics of division” that he says is corroding American democracy.

Without mentioning Republican President Donald Trump by name, Obama told campaign rallies in New Jersey and Virginia that voters could send a powerful message about the type of politics they want by backing Democrats in November 7 elections in the two states.

“What we can’t have is the same old politics of division that we have seen so many times before, that dates back centuries,” Obama told a cheering crowd in Newark, New Jersey, that chanted: “Four more years.”

“Some of the politics we see now, we thought we put that to bed. That’s folks looking 50 years back,” Obama said. “It’s the 21st century, not the 19th century.”

At a later stop in Richmond, Virginia, Obama said modern politics increasingly did not reflect basic American values of inclusiveness and were driving people away from the process.

“We’ve got folks who are deliberately trying to make folks angry, to demonise people who have different ideas, to get the base all riled up because it provides a short-term tactical advantage. Sometimes that feels frustrating,” Obama said.

Many of Obama’s comments appeared to be thinly veiled swipes at Trump, whose combative style and inflammatory rhetoric have led to frequent controversy and stoked political tensions.

Obama made the remarks just hours after former president George W. Bush, a Republican, also took an indirect swing at Trump with a speech decrying “bullying and prejudice” while defending immigrants and trade.

Obama’s appearances were aimed at driving up Democratic turnout in New Jersey and Virginia, the only two states holding elections for governor this year.

Democrats hope Obama can bring some of the young, minority and infrequent voters who powered his two elections to the White House out to the polls in off-year elections.