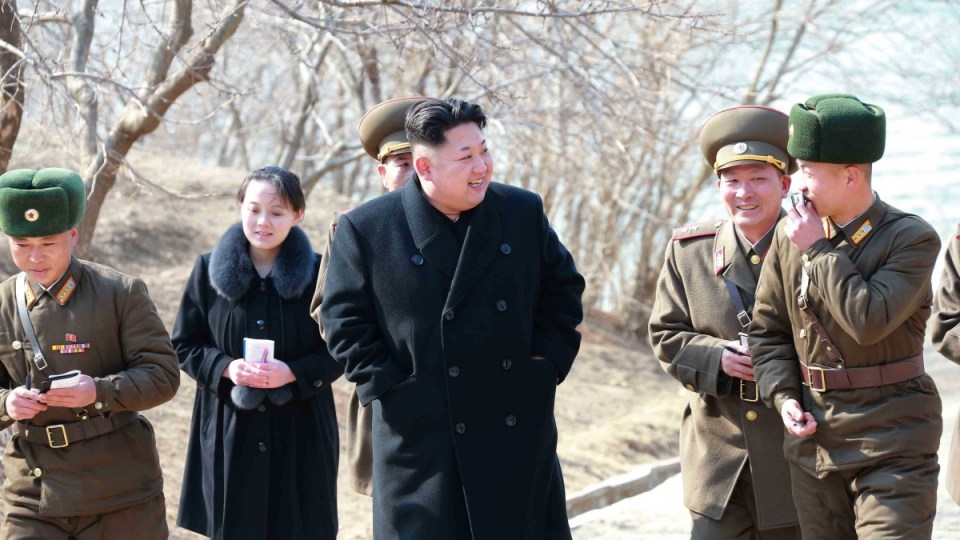 Kim Yo-jong, the youngest sister of North Korea’s supreme leader, helped establish the hereditary succession campaign before the death of her father, manages the party’s propaganda machine and is considered one of Kim Jong-un’s closest aides.

She has now been promoted to North Korea’s top decision-making body following a move by her brother.

Born in September 1987, Kim Yo-jong is the youngest daughter of former leader Kim Jong-il and shares the same mother as the current leader.

According to North Korea Leadership Watch, Kim Jong-il announced in 2002 his youngest daughter was interested in politics and wanted a career in the Democratic People’s Republic of Korea’s political system.

She spent her early years at her mother Ko Yong-hui’s residence in central Pyongyang and in 1996 joined her older brother, Kim Jong-un, in Switzerland to live and study.

It is understood she returned to North Korea in 2000, having completed primary school and went on to become a computer scientist.

Peter Hayes from Sydney University’s Centre for International Security Studies said Kim Yo-jong was originally elevated by her father and was first noticed at a Korean Workers’ Party event in 2010, followed by the funeral procession of her late father.

“Where you stood in the funeral procession was an important indicator that you were one of the favoured to succeed Kim Jong-ill,” Professor Hayes said.

He said she has appeared in several on-the-spot guidance events with Kim Jong-un, another important indicator of her influence.

Kim Yo-jong rose to the position of deputy department head of the Central Committee in 2014 and has since been touted as someone who will continue to move up the ranks.

“It’s a very important formality,” said Professor Hayes, who is also the director of the Nautilus Institute in the United States.

He said she has overseen propaganda and education programs in North Korea and has played an important role in creating the image of her brother being more like his grandfather, than his father.

“She’s helped Kim Jong-un actually craft the popular image that he’s promoted for himself which recalls his grandfather Kim Il-Sung who was a very gregarious, outgoing fellow.”

She has also played an important role in the ideological re-education people undergo and has been placed under sanctions by the United States.

Professor Hayes said she was not immune to the unpredictable nature of North Korea’s leader.

“If you fall out of favour with Kim Jong-un, you are toast,” he said.

“There are other family members who of course are always manoeuvring for position and for recognition by whoever is in charge so she has to be very careful about how she uses her power within the family clique because that won’t necessarily protect you.”