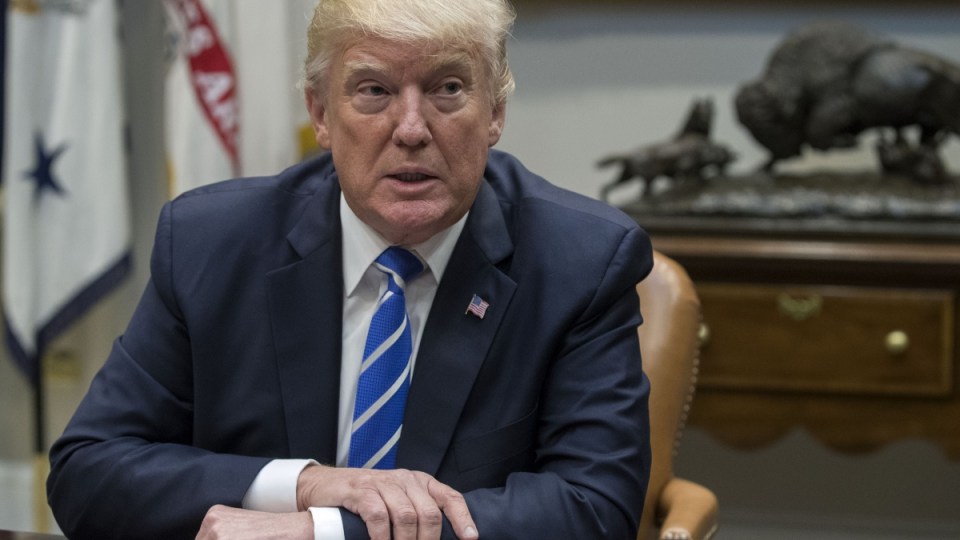 President Donald Trump says he sees no further point in attempting to negotiate with Pyongyang in the hope of avoiding military conflict. Photo: Getty

US President Donald Trump has dropped a further hint that military action against North Korea is imminent, following up on his ominous of-the-cuff remark that the current war of words between Washington and Pyongyang is the “calm before the storm”.

“Only one thing will work” in dealing with  Pyongyang, he tweeted.

“Presidents and their administrations have been talking to North Korea for 25 years, agreements made and massive amounts of money paid,” Trump said in a tweet.

“…Hasn’t worked, agreements violated before the ink was dry, making fools of US negotiators. Sorry, but only one thing will work!”

Mr Trump did not make clear to what he was referring to, but his comments seemed to be a further suggestion that he believes military action is the only viable option.

His latest comments come as Russian sources say North Korea is preparing another missile test, this one involving a long-range rocket said to be capable of reaching the continental US.

The president has previously said the US would “totally destroy” North Korea if necessary to protect itself and its allies from Pyongyang’s nuclear threats.

“The best way of ensuring that this reckless, dangerous, criminal regime comes to its senses, without military conflict, is to continue to impose strong economic sanctions on North Korea,” he said.

She warned if it continued the US would have no choice but to increase its military presence in the region.

“South Korea and Japan will feel they are vulnerable and feel the need to increase their deterrence capability,” Ms Bishop told reporters in Brisbane.

“So we believe that the collective strategy of bringing maximum political and diplomatic pressure to bear on North Korea must be undertaken by all nations to ensure North Korea changes course.”

Earlier this week, during a meeting with top US military leaders and their spouses, Mr Trump told reporters it was the “calm before the storm.”

Asked last week for clarification of his earlier “calm before the storm” comment, Mr Trump replied:  “You’ll find out.”

Asked on Saturday about Mr Trump’s tweet, the Pentagon said the Defense Department’s job was to “present the president military options and carry out orders”.

Mr Trump repeatedly has made clear his distaste for dialogue with North Korea.

On Sunday he dismissed the idea of talks as a waste of time, a day after Secretary of State Rex Tillerson said Washington was maintaining open lines of communication with North Korean leader Kim Jong-Un’s government.