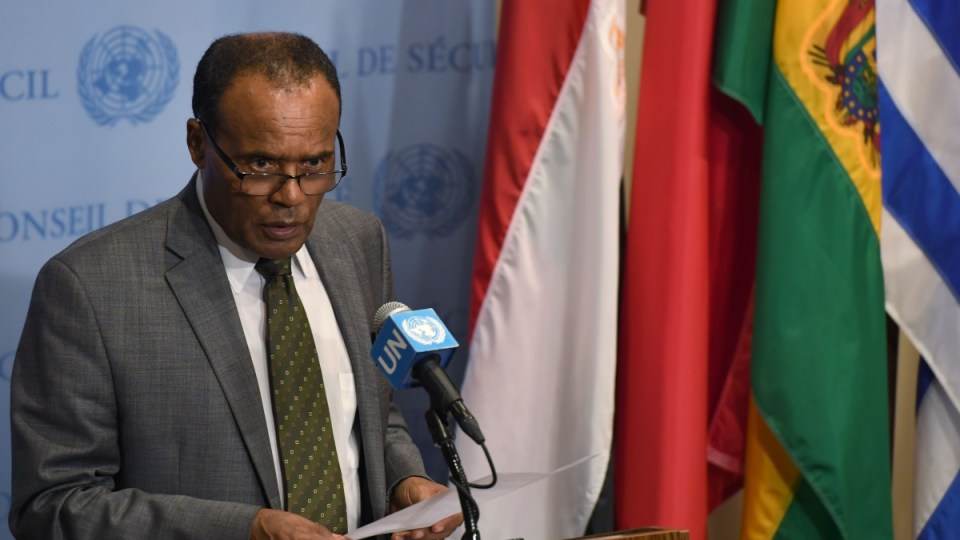 The rogue nation of North Korea has “categorically rejected” a unanimous United Nations Security Council resolution to impose sanctions against the country after firing its sixth nuclear test.

North Korea said the United States was “fired up” for confrontation and would soon face the “greatest pain” it had ever experienced following the decision.

The country fired an intermediate-range missile from Pyongyang over northern Japan at about 6.57am (local time) on Friday.

It follows North Korea’s sixth and most powerful nuclear test to date on September 3 with claims of a hydrogen bomb.

North Korea’s ambassador Han Tae-song told the UN-sponsored Conference on Disarmament in Geneva on Tuesday the US was “fired up for political, economic and military confrontation”.

“My delegation condemns in the strongest terms and categorically rejects the latest illegal and unlawful UN Security Council resolution,” he said.

Mr Han said the Democratic People’s Republic of Korea was “ready to use a form of ultimate means”, without specifying the threat.

Japan and South Korea say they are prepared to apply more pressure if North Korea refused to end its weapons programs.

A tougher initial US draft of the sanctions was weakened to win the support of China, Pyongyang’s main ally and trading partner, and Russia, both of which hold veto power in the council.

US disarmament ambassador Robert Wood said the UNSC resolution “frankly sent a very and unambiguous message to the regime that the international community is tired, is no longer willing to put up with provocative behaviour from this regime”.

The resolution imposed a ban on condensates and natural gas liquids, a cap of two billion barrels a year on refined petroleum and a cap on crude exports to North Korea at current levels. China supplies most of North Korea’s crude.

"We cut 90% of trade & 30% of oil. I have no problem kicking it to Gen. Mattis because I think he has plenty of options." pic.twitter.com/KgMOBxeCvX

UN member states are also now required to halt imports of textiles from North Korea, it’s second-biggest export after coal and other minerals in 2016, totalling $US752 million, according to South Korea Trade-Investment Promotion Agency data.

The imposed sanctions are not the first imposed on the defiant nation.

It is the ninth sanctions resolution adopted unanimously by the 15-member council since 2006 in response to North Korea’s missile and nuclear programs.