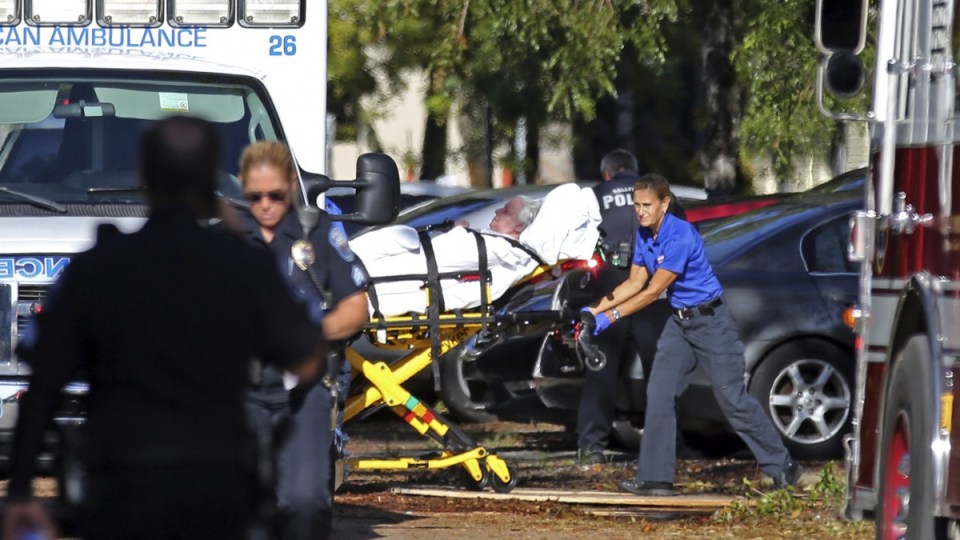 Police are investigating at least six deaths in a blacked out Florida nursing home. Photo: AP

The death toll from Hurricane Irma – one of the most powerful Atlantic storms on record – has killed at least 81 people, including 38 in the United States, since cutting a swathe through the Caribbean and the southern United States.

Police opened a criminal investigation at the Rehabilitation Center of Hollywood Hills in Hollywood Florida, where two elderly residents were found dead at the facility and four later died at a nearby hospital, officials said.

More than 100 patients at the nursing home were evacuated on Wednesday along with 18 patients from a nearby facility that was cleared due to the criminal investigation, Hollywood officials said.

The centre had been without air conditioning, Broward County Mayor Barbara Sharief told reporters on Wednesday.

Prolonged power outages remains a risk for the elderly through the region, Sharief said.

“We are conducting a criminal investigation (and) not ruling anything out at this time,” Sanchez said at a press conference Thursday morning (AEST).

Some 4.3 million homes and businesses, or about 9 million people, were without power at midday Wednesday in Florida and nearby states.

Temperatures reached into the 30s Celsius on Tuesday and Wednesday in Hollywood.

“I am going to aggressively demand answers on how this tragic event took place,” Florida Governor Rick Scott said in a statement.

Scott’s statement said Florida’s Agency for Health Care Administration and the Department of Children and Families have launched investigations.

“If they find that this facility was not meeting the state’s high standards of care, they will be held accountable to the fullest extent of the law,” Scott’s statement said.

The Florida Keys were particularly hard hit, with federal officials saying that 25 per cent of homes were destroyed and 65 per cent suffered major damage when Irma barrelled ashore on Sunday as a Category 4 hurricane with sustained winds of up to 215 km/h.

Another seven people died in Monroe County, which includes the Keys, officials said on Wednesday.

Hurricane Irma caused about $US25 billion ($A31 billion) in insured losses, including $US18 billion in the United States and $US7 billion in the Caribbean, catastrophe modeller Karen Clark & Co estimated on Wednesday.

Irma wreaked total devastation in parts of the Caribbean, where at least 43 people have died.