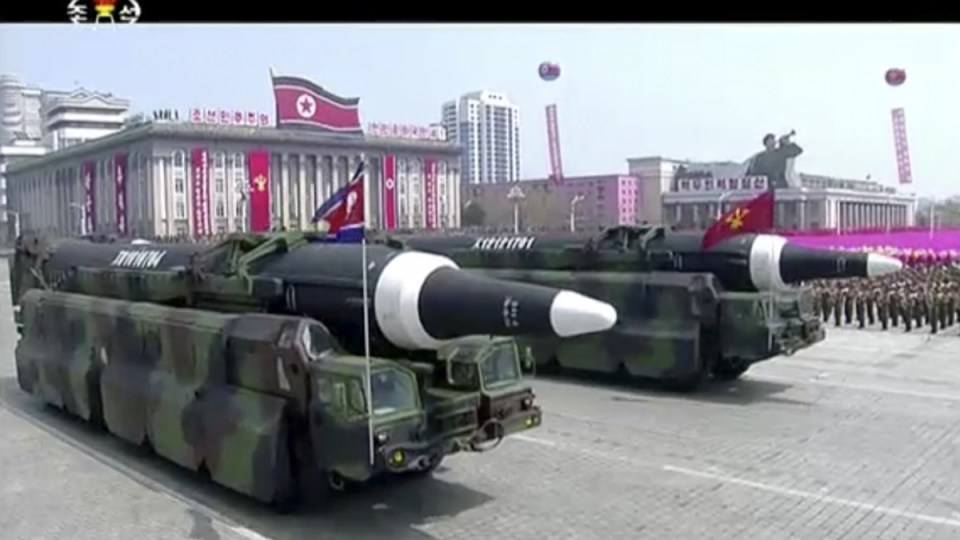 North Korea has rejected a UN Security Council resolution imposing tougher sanctions and warned the United States it will soon face the “greatest pain” it has ever experienced.

Pyongyang’s ambassador Han Tae Song, addressing the UN-sponsored Conference on Disarmament in Geneva, said: “The Washington regime fired up for political, economic, and military confrontation, (is) obsessed with the wild game of reversing the DPRK’s development of nuclear force which has already reached the completion phase”.

The Security Council unanimously stepped up sanctions against North Korea on Monday over the country’s sixth and most powerful nuclear test conducted on September 3, imposing a ban on its textile exports and capping imports of crude oil.

The Democratic People’s Republic of Korea (DPRK) is “ready to use a form of ultimate means”, Han said without elaborating.

US disarmament ambassador Robert Wood took the floor to say the Security Council resolution “frankly sent a very clear and unambiguous message to the regime that the international community is tired, is no longer willing to put up provocative behaviour from this regime”.

“My hope is the regime will hear the message loud and clear and it will choose a different path,” Woods told the Geneva forum on Tuesday.

The sanctions restrict oil imports and ban textile exports – an attempt to starve the North of fuel and income for its weapons programs.

Monday’s vote was only passed unanimously after Pyongyang allies Russia and China agreed to the reduced measures.

US Ambassador to the UN Nikki Haley said the new sanctions would “starve the regime” into stopping its nuclear program.

“We are done trying to prod the regime to do the right thing,” Haley said after the vote.

“We must stop its march towards a nuclear arsenal with the ability to deliver it anywhere in the world,” she said of North Korea. “We must do that by cutting off the fuel and the funding that supports it.”

“We are not looking for war. The North Korean regime has not yet passed the point of no return. If it proves it can live in peace, the world will live in peace with it,” she added.

Russia voted in favour of the sanctions, but ambassador Vassily Nebenzia warned that “further restrictions could be tantamount to attempts to suffocate the economy” and hit innocent civilians rather than cutting off funding to Pyongyang’s ballistic missile and nuclear program.

Nebenzia also said it was a “big mistake” to ignore the Russian-Chinese initiative to restart dialogue with Pyongyang.

Beijing and Moscow have called for a freeze-for-freeze agreement with North Korea, which would see the US and South Korea halt military drills on the Korean Peninsula in exchange for Pyongyang stopping its nuclear and ballistic missile program.

North Korea threatens US with ‘greatest pain’ over UN sanctions