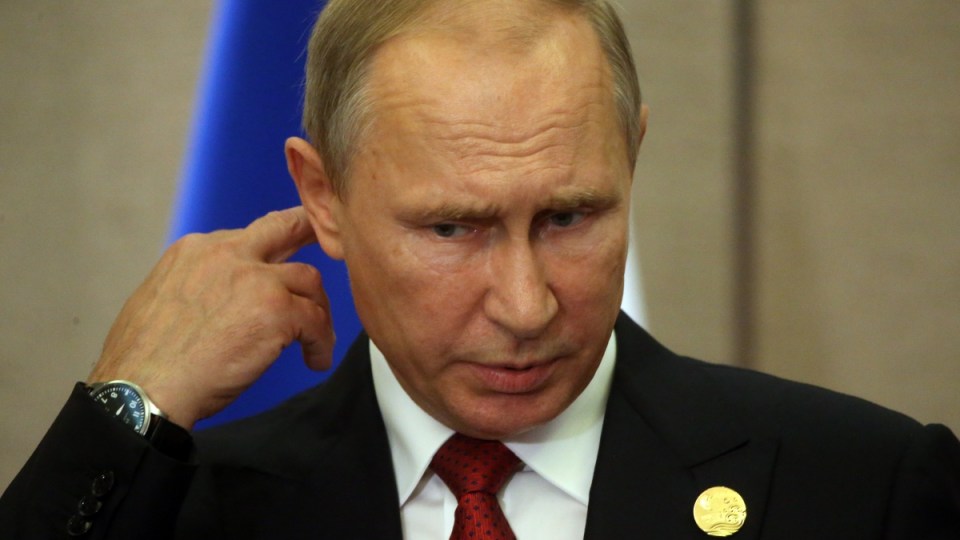 President Putin, speaking in China on late Tuesday, warned against military buildups and threatening rhetoric, saying the only way to resolve the North Korean weapons crisis was through diplomacy.

“So we think that this military hysteria will not lead to good results. It could lead to global catastrophe with lots of victims,” he said.

The Prime Minister and the President have a phone call scheduled for 7.45am AEST.

The Russian President’s warning comes as North Korea’s ambassador to the UN, Han Taes-song, warned his country is ready to send “more gift packages” to the US.

“The recent self-defence measures by my country, DPRK, are a gift package addressed to none other than the US,” he told a disarmament conference.

I am allowing Japan & South Korea to buy a substantially increased amount of highly sophisticated military equipment from the United States.

President Putin, speaking at the BRIC economic conference – which also featured the leaders of Brazil, India and China – said North Korean leader Kim Jong-un had pinned the survival of his regime on its development of nuclear weapons.

He said Kim had seen how western intervention in Iraq had ended in the overthrow of Saddam Hussein and many subsequent years of civil war, and was determined  not to suffer the same fate.

“Saddam Hussein rejected the production of weapons of mass destruction, but even under that pretence, he was destroyed and members of his family were killed,” President Putin said.

“The country was demolished and Saddam Hussein was hanged. Everyone knows that and everyone in North Korea knows that,” he said,

Nikki Haley, the US Ambassador to the United Nations, on Tuesday morning said North Korea leader Kim was “begging for war” amid intelligence reports that another missile launch is imminent.

President Putin said that while Russia condemned North Korea’s actions, imposing sanctions on Pyongyang would be “useless and ineffective”.

He said Kim would rather starve his people than see his regime overthrown.

“They will eat grass but they will not turn away from the path that will provide for their security,” the Russian President said.

President Trump has refused to rule out a military response to North Korea after Pyongyang successfully tested a hydrogen bomb it says is capable of fitting in an intercontinental ballistic missile (ICBM).

North Korea last week fired n ICBM test over the Japanese mainland in what it said was preparation for a strike on the US Pacific territory of Guam.