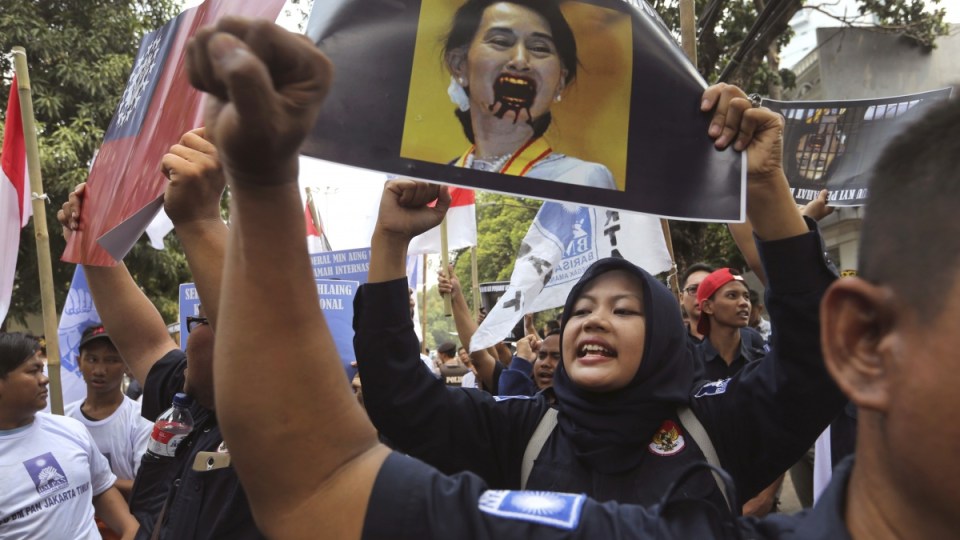 The well-known 20-year-old political activist – who survived being shot in the head by the Taliban at age 15 – has again shown courage beyond her years, advocating for an end to the violence against the Rohingya Muslim people.

This comes after a military operation sent tens of thousands of Rohingya refugees fleeing to camps in Bangladesh.

About 120,000 people in these camps are not receiving food supplies or healthcare, Reuters reported. Hundreds have been killed, including children, and villages have been burnt to the ground.

“Over the last several years, I have repeatedly condemned this tragic and shameful treatment,” Malala tweeted on Tuesday.

“I am still waiting for my fellow Nobel Laureate Aung San Suu Kyi to do the same.

“The world is waiting and the Rohingya Muslims are waiting.”

It has raised questions as to why the once-lauded global figure of defiance, Harvard Humanitarian of the Year 2016 and now Burmese politician Aung Kyi remains silent amid the plight of the Rohingya people.

Aung San Suu Kyi was awarded the Nobel Peace Prize in 1991 for her “non-violent struggle for democracy and human rights”.

She spent 15 years under house arrest, separated from her husband and children, as a result of her resistance.

Her efforts culminated with a landslide election victory in 2015 when her government gained power.

Where is Aung Kyi’s voice of condemnation?

Professor John Blaxland, director of the ANU Southeast Asia Institute, said Aung Kyi is “not nearly as powerful or as free” as she is credited.

He said while that did not excuse her silence, people should be more sympathetic of her situation.

“She is in a very difficult predicament. She does have very significant constraints on her,” Professor Blaxland told The New Daily.

“She is a local member of parliament elected by the people, an overwhelming majority of which are Buddhist with strong opinions about the Rohingya people.

“There is not only a feeling of superiority and control among them, but a growing fear around Muslim activism, expansionism and extremism.

“There is clearly an element of Islamophobia.”

When asked how Aung Kyi should best respond to Malala’s call, Professor Blaxland said silence was the “least worst option”.

“She has to be quite circumspect. She’s in a much more precarious position than most people realise,” he said.

“If she was to be outspoken about this, the Burmese military could make her life very difficult for her.

“I don’t think Malala fully understands the situation she’s in. What she’s saying is completely valid on one level. But it’s very easy to cast aspersions from a distance.

“The international community should act. Let’s not take sides. Let’s try to help.”