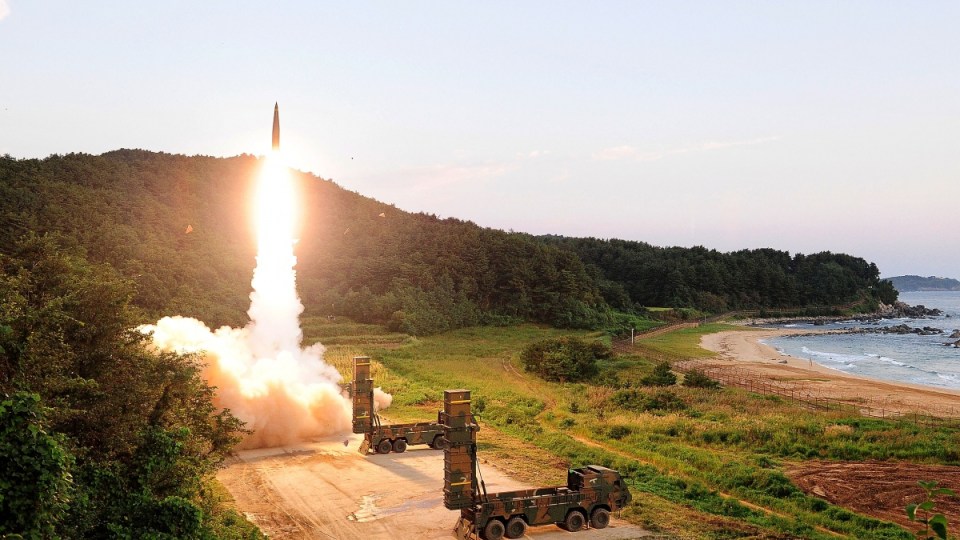 The combined drill, carried out by the South Korean army and air force was intended to simulate a strike on North Korea’s nuclear test site, with more planned.

The exercise involved surface-to-surface ballistic missiles and F-15K fighter jets hitting targets off the east coast of South Korea, according to a statement form the country’s Joint Chiefs of Staff.

The exercises came a day after North Korea successfully tested a hydrogen bomb capable of fitting in an intercontinental ballistic missile which was powerful enough to be recorded as a 6.1 magnitude earthquake in the country’s north-east, near this site of previous tests.

Secretary of Defence James Mattis said on Monday morning (AEST) that any threat to the US or its allies by North Korea would be met with a “massive military response”.

Speaking to reporters outside the White House, after a national security meeting with President DonaldTrump, Mr Mattis said the US had the ability to defend itself and its allies South Korea and Japan, adding that its commitments were “ironclad”.

“Any threat to the United States or its territories – including Guam – or our allies will be met with a massive military response, a response both effective and overwhelming,” he said.

“We are not looking to the total annihilation of a country, namely North Korea,” Mr Mattis said. “But as I said, we have many options to do so.”

Earlier Sunday, President Trump refused to discount the possibility of a US attack on North Korea.

As he left church, Mr Trump was asked: “Will you attack North Korea?”

Prime Minister Malcolm Turnbull called it “the most dangerous moment in time on the Korean peninsula since the end of the Korean War”.

Meanwhile, South Korea is preparing more military drills with the United States, and ramping up its ballistic missile defences in response to what was North Korea’s sixth – and most powerful – nuclear test.

The United Nations Security Council met on Monday to discuss fresh sanctions against the isolated regime, but had not made any statement about the outcome of the meeting.

Mr Trump has also asked to be briefed on all available military options, according to his defence chief.

South Korea’s environment ministry is also expected to announce its approval of an environmental assessment report for the deployment of a controversial US anti-missile defence system, a ministry official told Reuters.

South Korea said in June it would hold off installing the remaining components of the Terminal High Altitude Area Defence (THAAD) system until it completed an assessment of its impact on the environment.

Mr Trump has previously vowed to stop North Korea developing nuclear weapons and said he would unleash “fire and fury” if it threatened US territory.

That prompted the North to threaten to fire missiles towards the US Pacific territory of Guam, although it has since appeared to back away from that threat.

Despite the tough talk, the immediate focus of the international response was expected to be on tougher economic sanctions against Pyongyang.

Diplomats have said the UN Security Council could now consider banning Pyongyang’s textile exports and the North’s national airline, stop supplies of oil to the government and military, prevent North Koreans from working abroad and add top officials to a blacklist to subject them to an asset freeze and travel ban.

‘The most dangerous moment in time’: Malcolm Turnbull’s dire warning on Korea