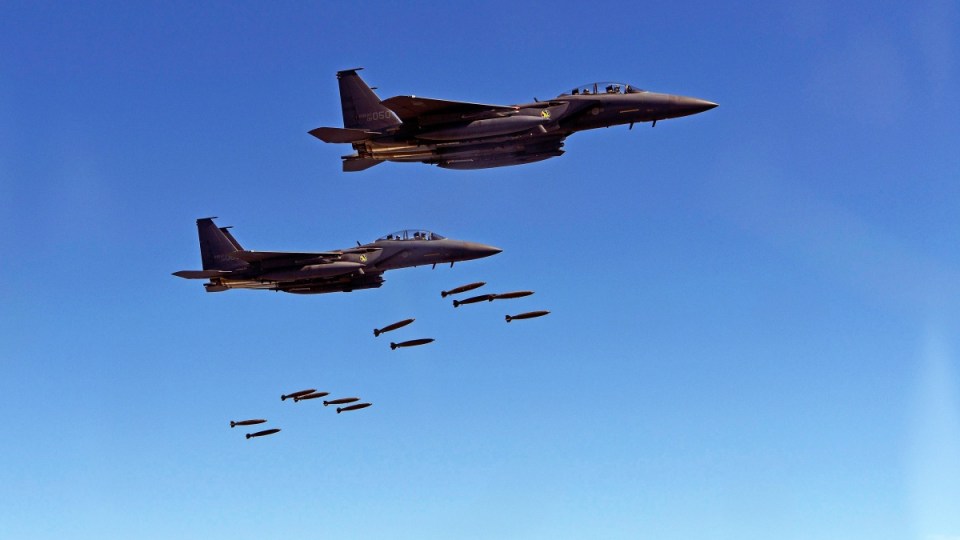 US bombers have flown over the Korean peninsula in response to the North's latest missile test. Photo: Getty

South Korean and Japanese jets have joined exercises with two US B-1B bombers above and near the Korean peninsula on Thursday, two days after North Korea sharply raised tension by firing a missile over Japan.

“North Korea’s actions are a threat to our allies, partners and homeland, and their destabilising actions will be met accordingly,” said General Terrence O’Shaughnessy, Pacific Air Forces Commander, who made an unscheduled visit to Japan.

“This complex mission clearly demonstrates our solidarity with our allies and underscores the broadening cooperation to defend against this common regional threat.”

North Korea has made no secret of its intention to develop a nuclear-tipped missile to fire at the United States and has recently threatened the US territory of Guam.

It denounced the joint exercises in traditionally robust fashion.

“The US imperialists and the south Korean puppet forces do not hide their bellicose nature, claiming that the exercises are to ‘counter’ the DPRK’s ballistic rocket launches and nuclear weapons development,” North Korea’s KCNA news agency said.

“But the wild military acts of the enemies are nothing but the rash act of those taken aback by the intermediate-to-long-range strategic ballistic rocket launching drill conducted by the army of the DPRK.”

US President Donald Trump has warned North Korea it would face “fire and fury” if it threatened the United States and that the military was “locked and loaded” in case of any provocation.

President Trump on Wednesday declared “talking is not the answer” to resolving the long-standing impasse.

The U.S. has been talking to North Korea, and paying them extortion money, for 25 years. Talking is not the answer!

“The U.S. has been talking to North Korea, and paying them extortion money, for 25 years,” Mr Trump, who last week said North Korean leader Kim Jong-un was “starting to respect” the United States, wrote on Twitter: “Talking is not the answer!”

However, U.S. Defence Secretary Jim Mattis, when asked hours later if the United States had run out of diplomatic solutions with North Korea, replied: “No.”

“We are never out of diplomatic solutions,” Mr Mattis said before meeting with his South Korean counterpart.

“We continue to work together, and the minister and I share a responsibility to provide for the protection of our nations, our populations and our interests,” he said.

Mr Mattis also said there was no rift between him and the president, saying that while diplomatic options remained, he agreed with Trump.

“I agree with the president, we should not be talking right now to a nation that is firing missiles over the top of Japan, an ally,” he told reporters.