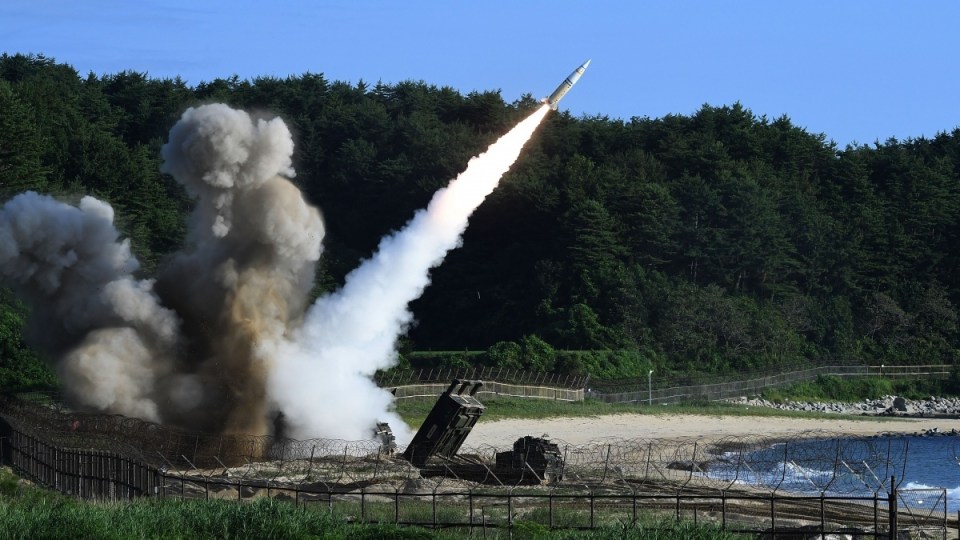 North Korea has fired a missile over Japan, which broke into pieces and fell into waters off Hokkaido. Photo: Getty

North Korea’s firing of an unprecedented missile over Japan has posed a “serious and grave threat” to the nation as tensions escalate on the Korean peninsula, according to Japanese authorities.

South Korea’s military said the missile was launched from the Sunan region near Pyongyang just prior to 6am (7am AEST).

It flew 2700km, reaching an altitude of about 550km, before falling into the sea 1180km east of the Cape of Erimo on Hokkaido, Japan’s Chief Cabinet Secretary said.

The launch marks a sharp escalation in tensions over Pyongyang’s pursuit of nuclear weapons and ballistic missiles in defiance of UN sanctions.

Japanese Prime Minister Shinzo Abe said he would do all in his power to protect the Japanese public.

“We will make utmost efforts to firmly protect the lives of the people,” Mr Abe told reporters as he entered his office for emergency meetings on the missile firing.

“We condemn this latest missile test in the strongest terms,” he told Adelaide’s FiveAA radio on Tuesday.

“The North Korean regime continues recklessly to threaten the peace and stability of the region and indeed of the world,” the PM said.

Mr Turnbull again called on all nations to impose the harshest sanctions on Pyongyang, singling out China as the country with the most economic leverage.

“They have the ability to bring North Korea to its senses without military action,” he added.

However, those experienced in reading the signals from North Korea believed there were indications the rogue nation was listening to the international condemnation, she said.

This included not following up on its threats to the US territory of Guam.

“Their response is sometimes hard to assess and this current missile test is obviously another message,” Ms Bishop told reporters in Canberra.

“I believe that this is an indication that North Korea will be prepared to negotiate.”

Sanctions on North Korea, especially those imposed by China on trade of seafood, coal and iron and lead ore, are only just coming into effect and Ms Bishop expect they would soon start to hurt.

Public announcement in Japan after North Korea fires missile over the country. pic.twitter.com/1jo9ixgQF4

The Japanese military did not attempt to shoot down the missile.

Pentagon spokesman Colonel Robert Manning said the US military were gathering further information about the launch.

North Korea has again asked the UN Security Council to meet and discuss the ongoing joint US-South Korean military drills, according to a letter released on Monday by the North Korean mission to the United Nations.

Previous requests have gone unanswered by the 15-member Security Council.