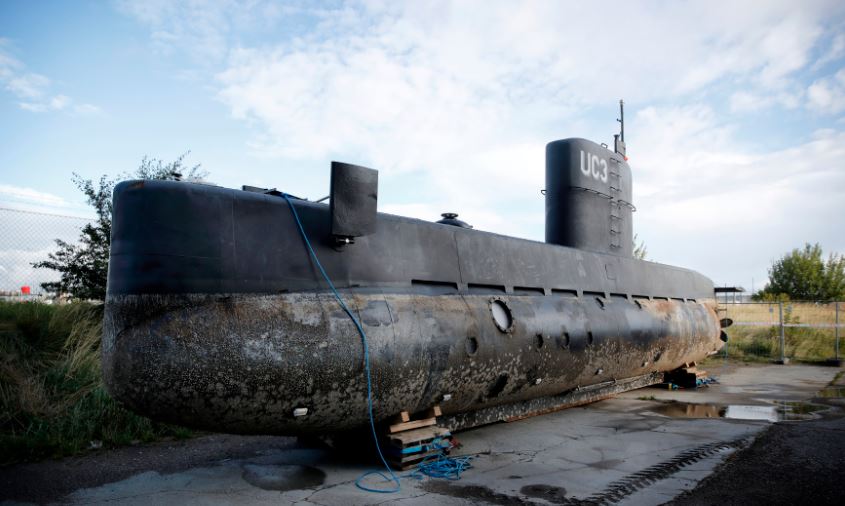 Danish inventor Peter Madsen denies a new charge of abuse of a corpse, which police have put to the court investigating whether he killed Swedish reporter Kim Wall on board his submarine.

As police formally identified her headless torso, they said the body had been weighted down with metal and an attempt had been made to remove gas and air from inside the corpse to keep it on the seabed.

On Friday, police halted the search for Wall’s remaining body parts in the waters between Denmark and Sweden, although divers were searching the harbour to which Madsen was brought after being rescued.

Wall was last seen alive aboard the submarine on August 10, and her naked torso was found on August 21.

Police say that Wall’s head, arms and legs had been deliberately cut off and been weighted down with the metal “likely with the purpose to make it sink”.

Police have received 656 tip-offs in the case and urged the public to keep a look out, especially for the missing limbs and the clothes Wall was wearing – an orange shirt, black and white skirt and white shoes – when the submarine headed out.

“We also still want to hear from people who can make us more aware of the people involved and their behaviour,” the police statement said.

Wall, who was researching a story on inventor, Madsen, went missing after he took her out to sea in his DIY submarine on August 10.

Police charged Madsen with the involuntary manslaughter of Wall – a charge carrying a sentence of between five years and life in prison – on August 11 when he was rescued after his submarine sank.

Madsen denies both the manslaughter and abuse of a corpse charges, the police statement said. He and his lawyer say he buried Wall at sea after she died in an accident.

The submarine is one of three built by Madsen and one of the largest privately built subs in the world — it can carry eight people and weighs 40 tonnes when fully equipped.

Police still do not know the cause of Wall’s death.

Murder probe of Danish sub owner gets even more bizarre