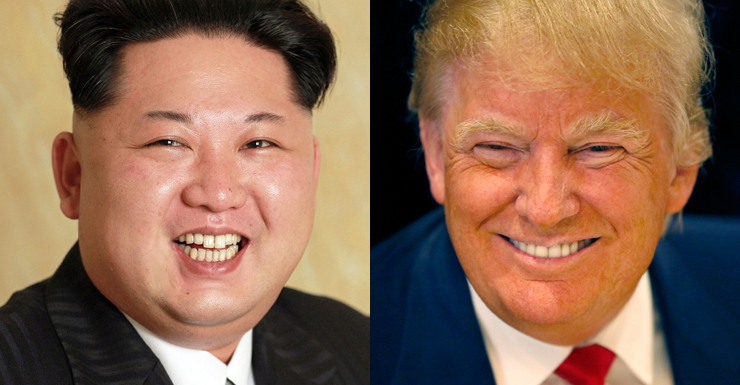 US President Donald Trump has praised North Korean leader Kim Jong-un for a “wise” decision not to fire missiles towards the US territory of Guam and for easing escalating tension between the two countries.

President Trump warned North Korea last week it would face “fire and fury” if it threatened the United States, prompting North Korea to say it was considering test-firing missiles towards the Pacific island of Guam.

But North Korean media reported on Tuesday that Kim had delayed the decision while he awaited to see what the United States did next.

“The alternative would have been both catastrophic and unacceptable!”

Kim Jong Un of North Korea made a very wise and well reasoned decision. The alternative would have been both catastrophic and unacceptable!

North Korea has long ignored warnings from the West and from its lone major ally, China, to halt its nuclear and missile tests which it conducts in defiance of UN Security Council resolutions.

The United States has been hoping China can press the North to rein in its weapons programs. The top US general reiterated that in talks in Beijing this week.

Chairman of the US Joint Chiefs of Staff Joseph Dunford told Fang Fenghui, chief of the Joint Staff Department of the People’s Liberation Army, in Beijing that North Korea’s weapons programs threatened the entire international community, including China.