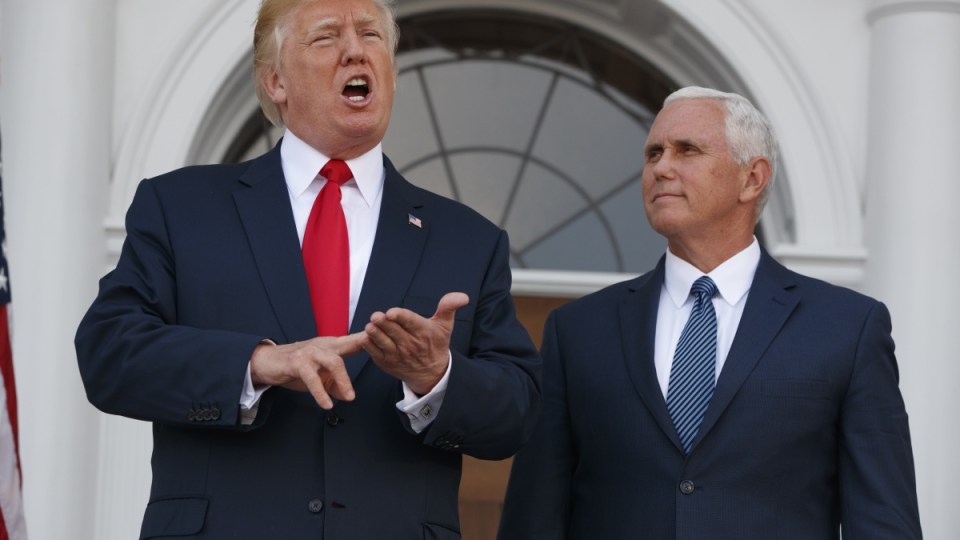 US President Donald Trump says North Korea should be “very, very nervous” if it does anything to the US, adding his previous warnings were not tough enough.

Speaking to the media on Friday morning (AEST) at his golf club in Bedminster, New Jersey, and accompanied by Vice President Mike Pence, President Trump said the reclusive regime would be in trouble “like few nations have ever been” if they did not “get their act together”.

“I’ll tell you what. And they should be very nervous. Because things will happen to them like they never thought possible,” he said.

The inflammatory rhetoric comes after Pyongyang announced it is completing a plan to fire four missiles near the US Pacific territory of Guam.

That threat followed the imposition of strict new UN sanctions on the burgeoning nuclear power and a warning from President Trump that it faced “fire and fury” from the US if it continued its aggression.

But as the world urges diplomacy to ease the tensions, the President said his previous warnings may not have gone far enough.

“Maybe it wasn’t tough enough. They’ve been doing this to our country for a long time, for many years,”  he said during a lengthy exchange with reporters.

President Trump also declined to rule out a pre-emptive strike on North Korea, saying he would not discuss potential military options.

President Trump said previous US administrations had not being tough enough on North Korea, adding that the rogue nation’s pursuit of nuclear weapons was a “tragedy”.

He also reiterated that China could do “a lot more” to intervene on the Korean Peninsula.

A statement from General Kim Rak Gyom published by state-run media on Thursday warned North Korea was preparing a plan to fire four of its Hwasong-12 missiles over Japan and into waters around the island, which is home to 7000 US military on two bases, and around 160,000 residents.

“The Hwasong-12 rockets to be launched by the KPA (Korean People’s Army) will cross the sky above Shimane, Hiroshima and Koichi Prefectures of Japan,” the report said, citing General Kim Rak Gyom,

The plan could be finalised within around a week and would go to leader Kim Jong-un for approval.

Japan’s Defence Minister Itsunori Onodera told his Parliament a missile attack on Guam would be a Japanese national emergency because it would threaten Japan’s existence as a nation.

“He does something in Guam, it will be an event the likes of which nobody has seen before,” he said.

“Sound dialogue is not possible with such a guy bereft of reason and only absolute force can work on him,” it said of Mr Trump, adding it would keep monitoring the speech and behaviour of the US.

Amid the tough talk, President Trump said the door was still open for a diplomatic solution to the stand-off, saying the US would “always consider negotiations” with North Korea.

He also sought to reassure Americans of their own safety.