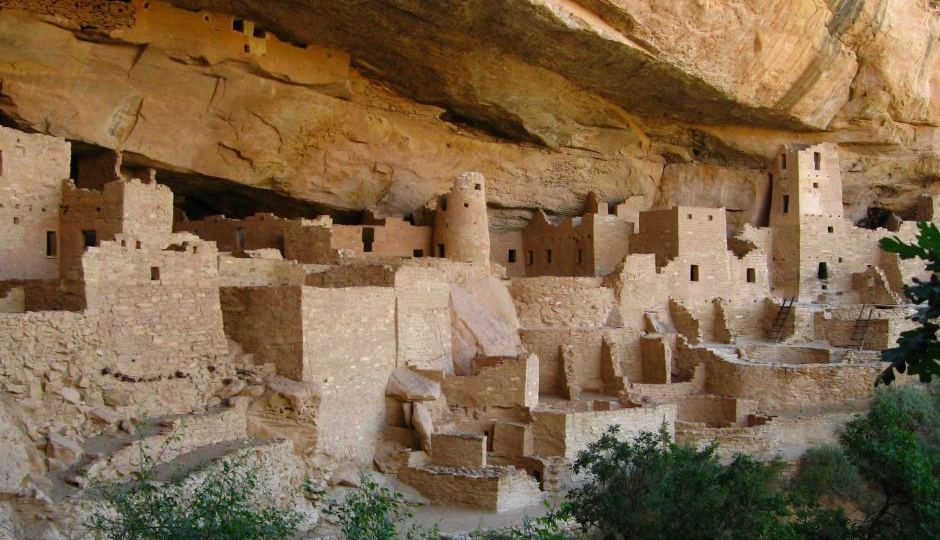 Turkey bones could unlock the mystery of an ancient Native American civilisation that disappeared, abandoning their elaborate fortress-like homes in the 13th century.

The Puebloans – also known as the Anasazi or “ancient ones” – lived in the Four Corners region of the US, where the modern-day states of Utah, Colorado, New Mexico and Arizona meet.

They had a thriving culture in the Mesa Verde Valley in south-west Colorado for hundreds of years, where they built multi-storey, apartment-like dwellings into canyon walls.

Among the most famous of these structures is the Cliff Palace, a network of 150 rooms, which was home to about 100 people and contained more than 20 dedicated rooms for religious ceremonies.

But in the late 1200s, the Puebloans abandoned their cities in the Four Corners region and disappeared.

Now, a team of US scientists say they have found evidence the population may have migrated south-east.

In a study published in PLOS ONE – a peer reviewed scientific journal – the team of researchers from Oklahoma, Washington, California and Colorado, suggest the Puebloans eventually settled in the Northern Rio Grande region in modern-day New Mexico.

“The 13th century Puebloan depopulation of the Four Corners region of the US Southwest is an iconic episode in world prehistory,” the researchers wrote.

“Studies of its causes, as well as its consequences, have a bearing not only on archaeological method and theory, but also social responses to climate change, the sociology of social movements, and contemporary patterns of cultural diversity.

The researchers said the ultimate destination of the Puebloans had been hard to pin down due to the different cultures evident in the Four Corners region and theorised settlement sites.

Facing restrictions on sampling human remains, the team of scientists decided to instead look to domestic animals the Puebloans – maize farmers – were known to keep: turkeys.

The researchers compared DNA samples from turkey remains in the central Mesa Verde region and the areas most commonly suggested as likely migration destinations for the Puebloans.

They found turkeys that lived in the Northern Rio Grande after 1280 were dissimilar to the turkeys that had previously lived in the area, but shared genetic continuity with those living in Four Corners region prior to the Puebloan population collapsing.

“Our results are consistent with the hypothesis that migrating human populations from the [central Mesa Verde] region brought domestic turkeys with them to the Northern Rio Grande,” the researchers said.

“If true, this would support a scenario in which migration was a primary solution of [central Mesa Verde] populations in the face of significant social and environmental problems … as it often is for human groups under extreme duress today.”

Turkey bones could hold key to disappearance of ancient civilisation