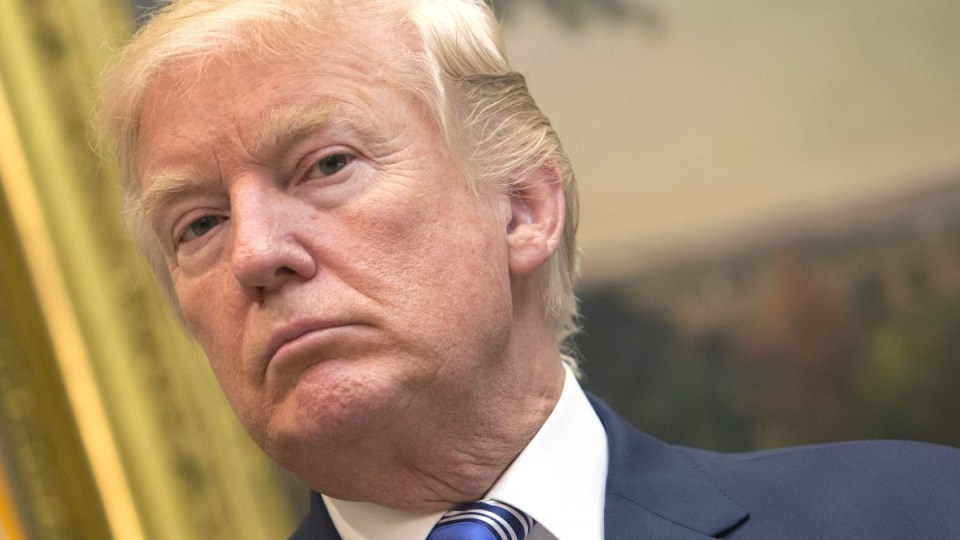 US President Donald Trump has lashed out at a Democrat Senator who has been pushing for legislation to prevent him from firing the special counsel leading the Russia investigation.

In a series of tweets from his vacation in New Jersey, Mr Trump called Richard Blumenthal a “con artist” who “cried like baby” when it was revealed in 2010 he lied about serving in the Vietnam War.

“Never in US history has anyone lied or defrauded voters like Senator Richard Blumenthal.

“He told stories about his Vietnam battles and conquests, how brave he was, and it was all a lie.

Interesting to watch Senator Richard Blumenthal of Connecticut talking about hoax Russian collusion when he was a phony Vietnam con artist!

The next morning US time, an unrepentant President Trump resumed his attack.

I think Senator Blumenthal should take a nice long vacation in Vietnam, where he lied about his service, so he can at least say he was there

Senator Blumenthal said the tweets showed why measures were needed to protect the special counsel on the Russia investigation, Robert Mueller.

“These tweets are part and parcel of the kinds of intimidation and threats he has made against the special counsel,” he said.

“They are slurs, and I am not going to be distracted or bullied by them.”

Senator Blumenthal is part of a bipartisan push for legislation to stop Mr Trump from sacking Mr Mueller, who is looking into possible collusion between the President’s campaign and Russia.

The two-term Connecticut senator and former state attorney-general credited the media for its reporting on the Trump administration. He said Mr Mueller’s investigation must be pursued.

“The empanelment of the grand jury shows that Bob Mueller is pursuing this potential wrongdoing by the Russians, the attack on our democracy, seriously and diligently,” Senator Blumenthal said.

“There is no minimising … that attack by the Russians.”

Senator Blumenthal said Mr Gorsuch, who was confirmed to the Supreme Court, had told him he found the President’s attacks on the judiciary “disheartening” and “demoralising”.

In response, Mr Trump said during a luncheon with senators that Senator Blumenthal had misrepresented Mr Gorsuch.

“His comments were misrepresented. And what you should do is ask Senator Blumenthal about his Vietnam record that didn’t exist after years of saying it did,” he said.