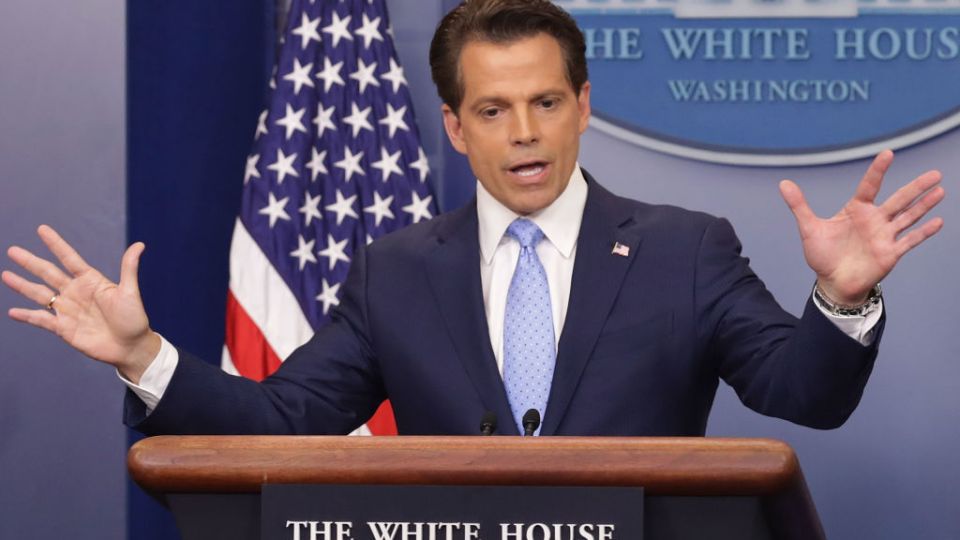 President Donald Trump has removed communications director Anthony Scaramucci just 10 days after his appointment in the latest of a string of high-profile departures from the White House.

Chief of Staff Reince Priebus resigned late last week after a public falling out with Mr Scaramucci and was replaced by John Kelly, whose first day is Monday.

White House spokeswoman Sarah Huckabee Sanders pointed to an expletive-laden rant made by Mr Scaramucci’s as a key reason for the ousting.

“The president certainly felt that Anthony’s comments were inappropriate for a person in that position and he didn’t want to burden General Kelly,” Ms Sanders told a media briefing Tuesday morning.

US media have quoted White House sources as saying Mr Scaramucci was removed at the request of Mr Kelly, a retired Marine Corps general and former secretary of the Department of Homeland Security.

“Mr Scaramucci will be leaving his role as White House Communications Director,” Ms Sanders earlier confirmed in a statement.

“Mr Scaramucci felt it was best to give Chief of Staff John Kelly a clean slate and the ability to build his own team. We wish him all the best.”

“General Kelly has the full authority to operate within the White House, and all staff will report to him,” she said.

When asked whether advisers including Jared Kushner, Ivanka Trump and Steve Bannon will also report to Mr Kelly, Sanders said: “That includes everybody at the White House.”

CNN quoted a White House official as saying Mr Kelly wanted Mr Scaramucci removed because he did not think he was disciplined and had damaged his credibility.

Mr Scaramucci made a profanity-filled tirade against Mr Priebus last week, accusing him of leaking to the media.

Mr Scaramucci vowed to fire every White House communications staffer, after a The New Yorker reporter refused to reveal his source for a tweet that revealed Mr Scaramucci, Mr Trump and Fox News figures were having dinner at the White House last Thursday.

“What I’m going to do is, I will eliminate everyone in the comms team and we’ll start over,” Mr Scaramucci told The New Yorker reporter.

“I’m going to fire every one of them, and then you haven’t protected anybody, so the entire place will be fired over the next two weeks.

“I’ll get to the person who leaked that to you … I want to f—ing kill all the leakers and I want to get the President’s agenda on track so we can succeed for the American people.”

Mr Scaramucci insisted current then-chief of staff Mr Priebus was behind the leak, labelling him as a “paranoid schizophrenic”.

“Reince Priebus — if you want to leak something — he’ll be asked to resign very shortly,” he said.

“Reince is a f—ing paranoid schizophrenic, a paranoiac.”

The enraged communications director then targeted chief strategist Steve Bannon, saying unlike other Trump administration officials, he had no interest in media attention.

“I’m not Steve Bannon, I’m not trying to suck my own d—,” Mr Scaramucci said, according to The New Yorker.

“I’m not trying to build my own brand off the f—ing strength of the President. I’m here to serve the country.”

Mr Scaramucci was appointed as part of a White House shake-up that led to the resignation of press secretary Sean Spicer.

A native of Long Island, New York, Mr Scaramucci had no government experience and no experience crafting communication strategy around policy, according to the Associated Press.

He came to the job from Wall Street after making a name for himself as a hedge fund manager who appeared on television.

The 53-year-old, who had known Mr Trump for many years, was the founder and managing partner of investment firm SkyBridge Capital.

The firm’s website says he was the co-host of Wall Street Week, an “iconic financial television show” revived in 2015 and airing on the Fox Business Network, and wrote books entitled The Little Book Of Hedge Funds, Goodbye Gordon Gekko and Hopping Over The Rabbit Hole.