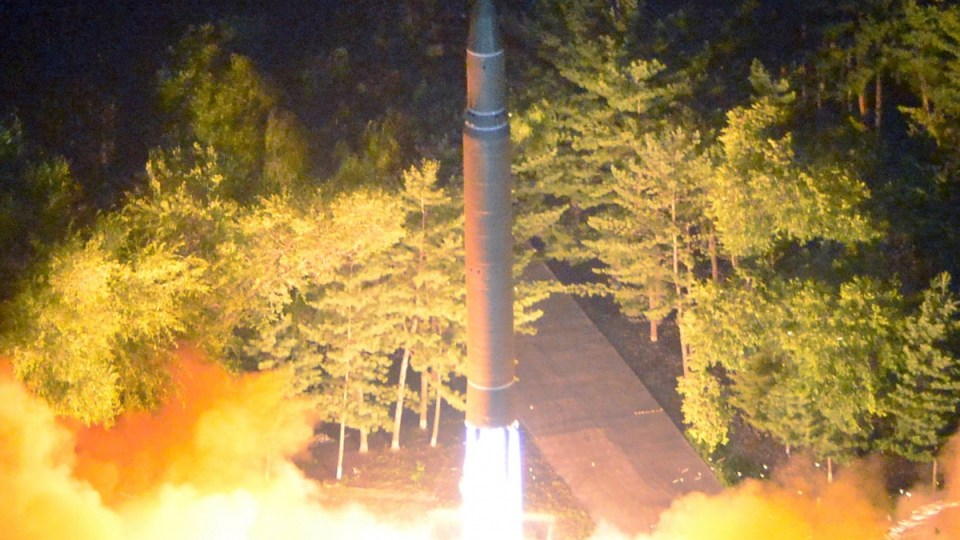 North Korea's latest ICBM may have broken up before re-entry. Photo: KCNA

Video of North Korea’s latest rocket test appears to show it breaking up before landing, indicating that Pyongyang may not yet have mastered the technology needed for an operational nuclear missile.

The apparent failure of the re-entry vehicle in Friday’s test could mean North Korea will need to carry out several more tests of its intercontinental ballistic missile (ICBM) before it can be deemed operational, US missile expert Michael Elleman told reporters.

In a report for 38 North, a Washington-based North Korea monitoring project, Mr Elleman said the video showed the re-entry vehicle shedding small radiant objects at an altitude of 4 or 5 km before dimming and disappearing.

“Had the RV (re-entry vehicle) survived the rigours of re-entry, it would have continued to glow … A reasonable conclusion based on the video evidence is that the … re-entry vehicle did not survive,” he said.

Even so, Mr Elleman said, further testing could still allow North Korea to deploy an operational ICBM next year.

US officials say the Defence Intelligence Agency (DIA), the Pentagon spy agency, has determined that North Korea will be able to field a reliable nuclear-capable ICBM by next year, earlier than previously thought.

North Korea said on Saturday its second ICBM test, which followed its first on July 4, had proven its ability to strike the whole of the US mainland.

Some US-based experts said last week’s launch showed the missile could have been capable of going as far into the United States as Denver and Chicago, with New York and Washington just out of range.

Two US intelligence officials, speaking to Reuters condition of anonymity, said Monday that Pyongyang’s goal was not necessarily to attack the US.

They said North Korea’s plan was rather to develop a nuclear-capable ICBM to deter any attack country and gain international legitimacy, not to launch an attack on the US or its allies, which he knows would be suicidal.

The Pentagon declined to comment on assessments of the missile launch, even as it acknowledged that the latest launch represented the longest test flight of any North Korean missile.

“The specifics of our assessment are classified for reasons I hope you understand,” Pentagon spokesman Navy Captain Jeff Davis told a news briefing, acknowledging only that the missile could fly at least 5500km, the minimum range for what the Pentagon classifies as an ICBM.

Two separate US officials who discussed the latest test, which lasted about 45 minutes, told Reuters it showed greater range than the July 4 ICBM launch, which North Korea said lasted 39 minutes.

Latest North Korean missile may have broken up mid-flight