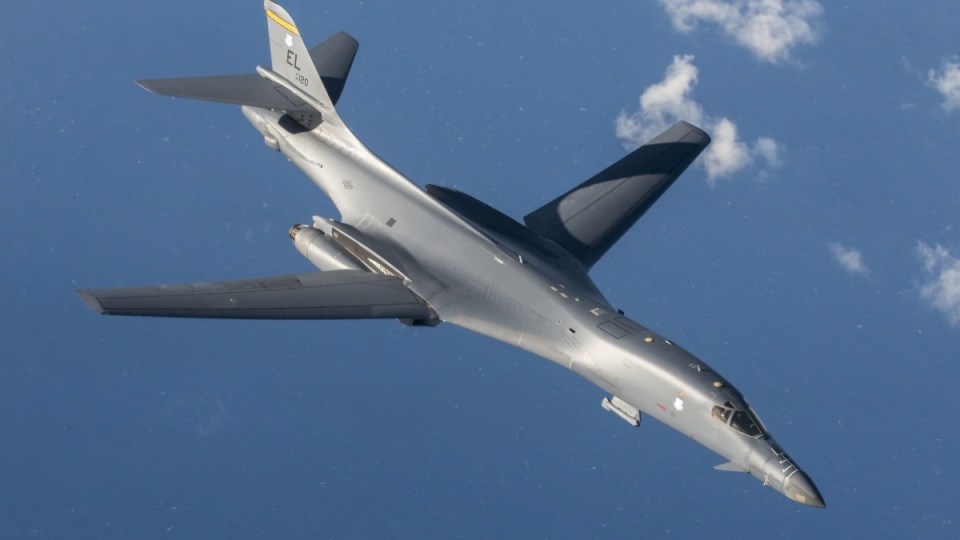 The US BiB bombers took off from Guam's Anderson Airforce Base. Photo: EPA Photo: EPA

The US launched bombers and deployed its THAAD anti-missile system in an angry show of force in response to North Korea’s latest missile test.

The US flew two supersonic B-1B bombers over the Korean Peninsula on Sunday in response to what North Korea said was a successful test of long-range intercontinental ballistic missiles (ICBM) on Friday.

On Monday morning (AEST), the US Missile Defense Agency announced the US had successfully shot down a medium-range missile in a test of its South Korean-based THAAD missile defence system.

The THAAD test was planned before the latest North Korean missile test and involved a medium-range missile, not the long-range types being tested by Pyongyang.

US President Donald Trump took aim at China and its perceived inaction over North Korea in angry tweets Sunday.

President Trump said he was “very disappointed in China”, which he said profits from trade with the US but does “NOTHING for us with North Korea, just talk. We will no longer allow this to continue,” he said.

I am very disappointed in China. Our foolish past leaders have allowed them to make hundreds of billions of dollars a year in trade, yet…

…they do NOTHING for us with North Korea, just talk. We will no longer allow this to continue. China could easily solve this problem!

Washington’s ambassador to the United Nations backed up President Trump’s stance, saying the US is “done talking about” North Korea and is urging its neighbours to act.

“Done talking about NKorea. China is aware they must act.Japan & SKorea must inc pressure.Not only a US problem.It will req an intl solution,” US ambassador to the United Nations Nikki Haley posted on twitter on Sunday.

Done talking about NKorea.China is aware they must act.Japan & SKorea must inc pressure.Not only a US problem.It will req an intl solution.

Haley later released a statement saying the US would not call for a special meeting of the UN Security Council in response to North Korea.

“There is no point having an emergency session if it produces nothing of consequence,” she said in the statement, which reiterated the US demand for China to take action against North Korea.

“China must decide whether it is finally willing to take this vital step. The time for talk is over.”

Early in his presidency, US President Donald Trump met with Chinese President Xi Jinping and had expressed hope Beijing would use its economic clout to curb North Korea’s nuclear ambitions.

The US military began installing the THAAD system in South Korea against fierce opposition from China.

The US B-1 bombers conducted their exercises over the Korean Peninsula with South Korean and Japanese planes.

North Korean leader Kim Jong Un personally supervised the midnight test launch of the missile on Friday night and said it was a “stern warning” for the United States that it would not be safe from destruction if it tries to attack, the North’s official KCNA news agency said.

North Korea’s state television broadcast pictures of the launch, showing the missile lifting off in a fiery blast in darkness and Kim cheering with military aides.

The missile test came a day after the US Senate approved a package of sanctions against North Korea, Russia and Iran.