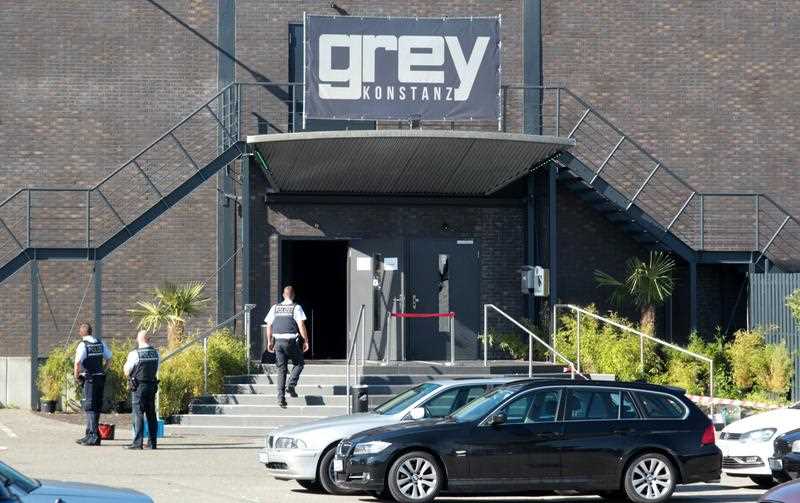 Police officers stand at the door of the nightclub 'Grey' in Konstanz after a shooting. Photo: EPA

A pre-dawn shooting at a nightclub in the southern German city of Konstanz that left two people dead, including the gunman, may have began as a domestic dispute.

There was nothing yet to suggest that the 34-year-old Iraqi who opened fire inside Club Grey was motivated by terrorism, but all aspects of the crime were being explored, sources close to the investigation told dpa.

The gunman killed one person in the discotheque, which is located in an industrial area of the lakeside city on the Swiss border.

Three others were seriously wounded in the early morning shooting, while a police officer was injured in an exchange of fire with the gunman after he left the premises.

The shooter was later pronounced dead at the hospital, police said.

He was said to have lived in the Konstanz area for some time. Police said they were still looking into his background.

Officers were deployed after several emergency calls came in around 4.30am local time.

One witness told dpa that at the time of the incident the club was packed with several hundred people. He said he escaped unharmed after quickly fleeing the building with his friends.

“Guests could save themselves by running away or hiding,” a police spokesman said.

Early witness reports suggested there might have been more than one shooter, but police and prosecutors said they believe the 34-year-old acted alone.