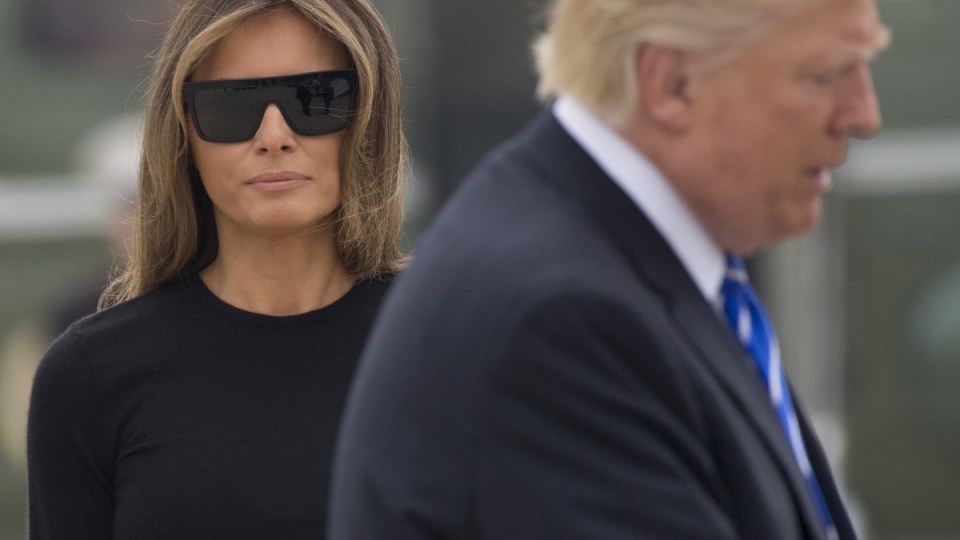 After some awkward overseas trips with her husband President Trump, Melania will go solo to meet Prince Harry. Photo: AP

After much reporting of her awkward jaunts with husband President Donald Trump, first lady Melania Trump is planning a solo official trip – to meet up with Prince Harry.

Mrs Trump announced in a statement Friday morning (AEST) she will lead the US delegation to this year’s Invictus Games in Toronto, Canada in September.

“In just two short years, the Invictus Games have allowed thousands of injured and wounded servicemen and women from many different countries to participate in adaptive sports competitions – something that should be lauded and supported worldwide,” she said.

“I am honoured by the opportunity to represent our country at this year’s games,”

The Invictus Games were started in 2014 by Prince Harry to build global awareness for servicemen and women injured in combat.

Mrs Trump will follow in the footsteps of former first lady Michelle Obama, who launched the 2016 games with Prince Harry in US city of Orlando.

“I was heartened by the great success of the inaugural Invictus Games that took place in London in 2015, and the second games in Orlando, Florida, last year,” said the first lady in the statement.

Mrs Trump may have to brush up on her Invictus knowledge between now and the Toronto games’ September 23 opening. The inaugural games were held in 2014, with no events in 2015.

While Mrs Trump’s presence will add to the interest in the games, she may well be overshadowed by another famous woman.

Prince Harry’s girlfriend, American actress Meghan Markle, lives in Toronto while filming legal drama Suits and is expected to dominate much of the royal’s attention.

Much was made of the awkward interactions between the President and Mrs Trump during their two official overseas trips.

Mrs Trump made headlines when she appeared to snub her husband upon arrival into Tel Aviv, Israel in May.

Walking across the tarmac at Ben-Gurion International Airport, Mr Trump reached for Mrs Trump’s hand but she swatted it away.

"She Hates Me" by Puddle of Mudd (2001), featuring Donald and Melania Trump pic.twitter.com/iMnepQo2Ey

Days later, the first lady was again caught rebuffing the President’s attempt to connect in Italy.

Shortly after Air Force One touched down in Rome, all eyes were on President Trump and his wife of 12 years as they exited the plane, waving to waiting crowds.

But when Mr Trump reached for his wife’s hand she expertly evaded his touch by quickly moving to fix her hair.

She later shared a joke at her husband’s in Italian with Pope Francis after the pontiff remarked on President’s Trump’s weight.