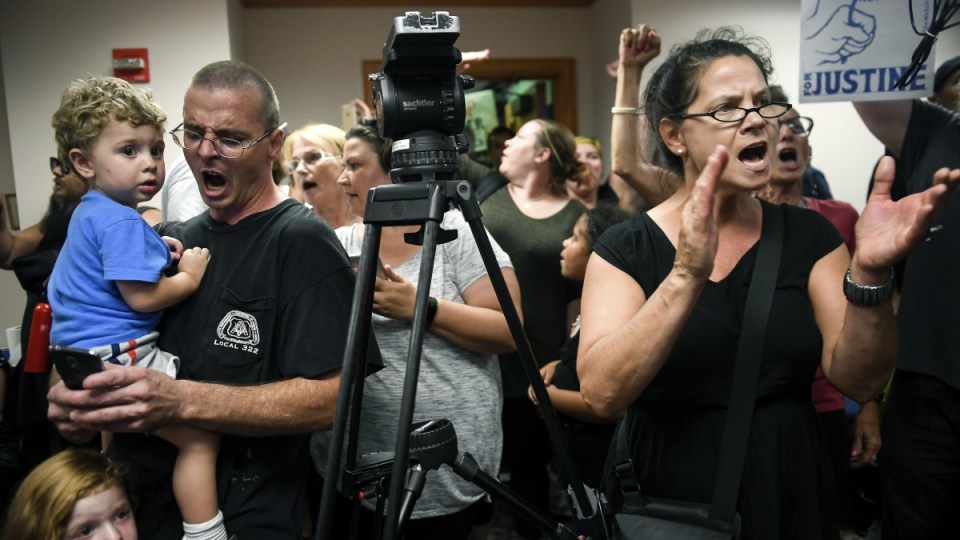 A witness has come forward to the Minnesota state police agency investigating the fatal police shooting of Australian woman Justine Damond in Minneapolis.

The witness may also possess video evidence of part of the incident, according to Minneapolis newspaper, the Star Tribune.

On Saturday, the Bureau of Criminal Apprehension (BCA) said the unnamed witness had been seen cycling in the area immediately before the shooting on July 15.

“The individual has been cooperative and provided an interview today,” the BCA statement said, adding the shooter, police officer Mohamed Noor, had declined an interview.

“Officer Noor’s attorney has not provided any update about when, if ever, an interview would be possible. Under the law, the BCA cannot compel the testimony of the officer.”

It comes as residents stormed the mayor’s office in Minneapolis calling for her resignation less than 24 hours after Minneapolis police chief Jane Harteau resigned in the aftermath of the shooting.

Mayor Betsy Hodges asked Ms Harteau to step down from the position after coming under fire for not returning from a holiday when Ms Damond was shot while unarmed.

Ms Damond had called 911 late last Saturday night fearing a sexual assault was happening in an alleyway behind her house.

In outrage about the city’s handling of the case, local protestors created chaos during the mayor’s press conference, interrupting her speech and chanting till she left her own office.

“Messy Betsy”, “You are next” and “Power people,” they hollered after Ms Hodges spoke about her “lost confidence” in the police chief.

Activist John Thompson interrupted proceedings and shouted, “We don’t want you as our Mayor of Minneapolis anymore! We ask that you take your staff with you!

“We don’t want you to appoint anyone anymore. Your leadership has been very ineffective and if you don’t remove yourself we’re going to put somebody in place to remove you,” Mr Thompson said.

“Your police department has terrorised us enough. You don’t want to hear us, so hear me now – we do not want you as the Mayor of Minneapolis and we ask you to resign!”

Ms Hodges made attempts to speak and offered to “talk about the future of policing”, while the crowd chanted “bye-bye Betsy”.

The mayor eventually gave up and left the room, giving protestors the opportunity to speak to media and condemn her choice to elevate Mederia “Rondo” Arradondo, formerly the deputy chief, as the city’s new head of police.

Once protestors left the office, Ms Hodges confirmed she would not be resigning.

Ms Hodges said she understood people’s frustration was high and shared that frustration.

She said BCA information confirmed the shooting should not have happened and sent her condolences to Australia and Ms Damond’s family, friends and loved ones.

“I will continue to say to the Australians, to you, what I’ve been saying all week, which is this awful and heartbreaking, I send my condolences.”

Watch footage of the protests during the mayor’s press conference