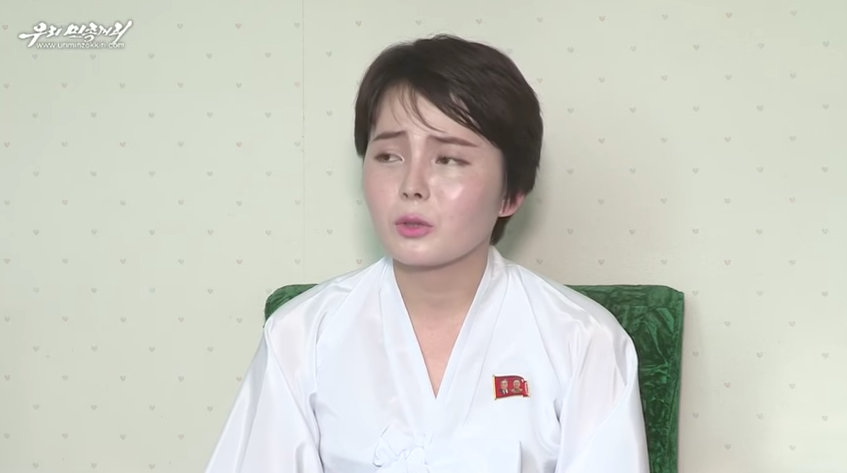 Jeon Hye-sung fled the North in January 2014 and made a life for herself on South Korean television using the name Lim Jihyun.

A North Korean defector has appeared in a propaganda video for the secretive state, fuelling fears she may have been abducted.

Jeon Hye-sung fled the North in January 2014 and made a life for herself on South Korean television using the name Lim Jihyun.

The 26-year-old went under the radar in April this year, and has re-emerged in propaganda for the North, New York Times reported.

Dr Leonid A Petrov, an expert from the Australian National University’s (ANU) College of Asia & the Pacific, told The New Daily there was a range of possibilities.

North Korean agents could have abducted her, she may have returned voluntarily, or she could have been a spy for the North, Dr Petrov speculated.

In video uploaded to the government-run Urimizokkiri website, Ms Lim warned others not to flee for a life of “hell” in the South.

“Every single day of my life in the South was a hell,” Ms Lim said in the video.

“When I was alone in a dark, cold room, I was heartbroken and I wept every day, missing my fatherland and my parents back home.”

She said she voluntarily returned to “the bosom of the fatherland” in June because the South was “not the place I had imagined”.

“I was lured to the South by a delusion that I would eat well and make a lot of money there,” she said.

“I had wandered around everywhere there to make money, working in drinking bars, but nothing had worked out.”

Ms Lim made regular appearances on television and had an online fan page.

“In the South, where money ruled, there was only physical and psychological pain waiting for people like me who had betrayed their fatherland and fled,” she said.

She was forced to “slander and speak ill” of North Korea on reality television in the South, she said. The television networks have reportedly denied those allegations.

It has not been independently verified whether the woman in the video is Ms Lim.

Dr Petrov said employment in the South was competitive and could be unbearable. She may have missed her family and returned to the North voluntarily, he speculated.

“Maybe this story of [double] defection is genuine, who knows,” Dr Petrov told The New Daily.

But he said North Korea had a long and well documented history of kidnappings.

“Defectors are particularly targeted, because defectors pose great threats to the regime.

He said Ms Lim would be an ideal candidate for PR campaign because she was well known in South Korea.

“In the video she looks very sad and upset – either intimidated or very, very remorseful,” Dr Petrov told The New Daily.

“Looking at Ms Lim being so upset, it makes me think that something is not exactly right with this story – probably she was dragged back.

“Maybe she wanted her parents to come to South Korea, and she went to the North Korean border to help and instead she was trapped and dragged back to North Korea.

“She might not have been 100 per cent satisfied in the South, because it’s harsh and uncertain, but going back to North Korea … is probably not what she dreamed about.”

Other defectors could be imprisoned and forced into hard labour, depending on the circumstances.

Dr Petrov reiterated Ms Lim’s case was not yet clear, and it was possible she was a North Korean spy who posed as a defector.

The Unification Ministry, a South Korean government agency, reportedly said it was investigating her return to the North.