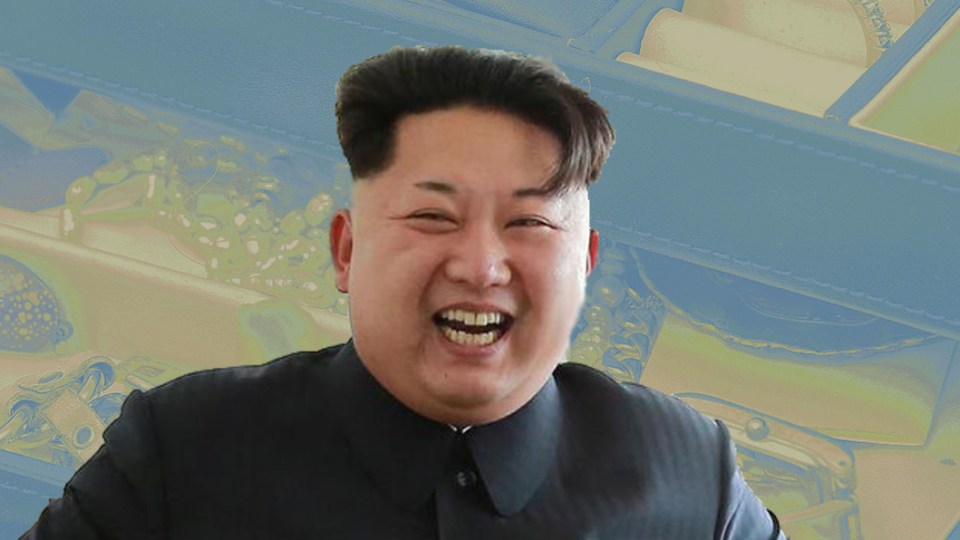 North Korea has taken unprecedented steps to turn Australia away from the US. Photo: AAP

Luxury goods including $5000 watches and premium whisky are on sale in department stores in North Korea, with the profits going toward the hermit state’s nuclear weapons program.

The year-long investigation into North Korean sanction violations found a number of banned items for sale, all of which can be bought with cash only.

The NK Pro report claimed a Singapore-based company, OCN (S), was involved in the import of sanctioned luxury goods to the country.

“This service is only for royal class people,” a former North Korean official with knowledge of the issue was quoted as saying by NK Pro.

“North Korea doesn’t care if commoners get problems. But if someone exposes it, and the royal class can’t import, then that’s a problem.”

According to the report, imported luxury brands ranging from Gucci, Chanel, Sony and L’Oreal are available for purchase.

The pictures also show a whole shelf dedicated to the German luxury brand Montblanc, including a watch priced at more than $US4000 ($A5131) at official conversion rates.

Montblanc said it did not trade in sanctioned countries and that the products could be counterfeit or second hand.

“The imports you are referring to could be linked to unauthorised channel activities and/or involve counterfeited and/or second-hand products,” it said in a statement to CNN.

The outlets, called the Puksae Shop and Pottongang Ryugyong Shop are tucked away from tourists and are available for North Korea’s elite.

“They earn a lot of dollars and cash from these luxurious department stores by selling all these goods and they re-allocate these dollars into their priorities like the nuclear and missile program,” he told CNN.

Mr Kim said the luxury stores formed part of North Korea’s secretive Office 39 department, which the US government described as a slush fund for Pyongyang.

“They control the department stores and all the best hotels and service industry in Pyongyang,” he said.

Missile technology and military hardware have long been banned in North Korea by United Nations sanctions, but with the regime’s climb towards nuclear armament, luxury imports including sports goods, expensive watches and sports cars were added to the list.