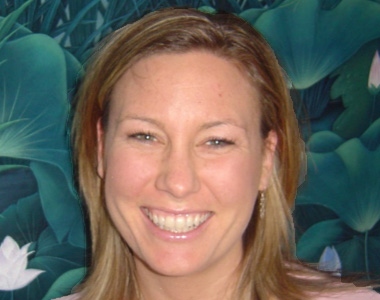 In audio, posted to the Minnesota Police Clips website, police officer Mohamed Noor, and his unnamed partner are heard communicating with their dispatcher over the police radio, including calling for back-up and their attempts to perform CPR on Ms Damond.

“Shots fired … we have one down,” one of the officers says in the clip.

Ms Damond, 40, died after Officer Noor reportedly reached across his partner from the passenger seat of their squad car to shoot the unarmed woman more than once.

The audio came to light on Tuesday as Ms Damond’s death was ruled a homicide by the Hennepin County medical examiner.

The shooting has unleashed a public outcry and an outpouring of grief with Minnesota’s police chief Janeé Harteau saying she wanted an explanation, and called for a speedy investigation into the incident by the state Bureau of Criminal Apprehension.

It was also revealed Officer Noor was in only his second year as a police officer and was the subject of two other inquiries while on duty.

Officer Noor has also engaged lawyer Thomas Plunkett who said in a statement that his client “takes these events very seriously”.

Officer Noor offered his condolences to Ms Damond’s family via a statement from his lawyer.

• What we know about Justine Damond’s shooting so far

Mr Plunkett told media Officer Noor had travelled to the US from Somalia at a young age and appreciated the opportunities he was given.

The statement said OfficerNoor considered being a police officer a “calling”, saying he joined the force to serve and protect the community.

Hear the audio below:

Ms Damond called police just before midnight on Saturday after hearing a possible sexual assault taking place in an alley behind her home and was in her pyjamas when she approached Officer Noor’s police vehicle.

A mobile phone was reportedly found near Ms Damond’s body after the shooting. No weapons were found at the scene.

The shooting has shattered Ms Damond’s family and friends in Australia and the US, and outraged residents of Minneapolis and the adjoining city of St Paul who are still reeling from other high-profile police shootings.

Questions have also arisen over why both the officers’ body and car cameras were not activated during the incident.

‘Our hearts are broken’

Ms Damond, formerly Justine Ruszczyk, who took her American fiance Don Damond’s surname before next month’s planned wedding, moved to the US in 2015 and worked as a spiritual mentor in the Minneapolis area.

Mr Damond broke his silence on Monday [US time], saying he and his family were heartbroken by the tragedy and were frustrated by the lack of further cooperation from the police department.

“Sadly, her family and I have been provided with almost no additional information from law enforcement regarding what happened after police arrived,” he told reporters on Monday local time.

“We have lost the dearest of people and we are desperate for information.”

He said his fiancée’s death was a loss to everyone who knew her.

“Our hearts are broken and we are utterly devastated by the loss of Justine,” he said.

“It is difficult to fathom how to go forward without her in my life.”

Ms Damond’s family in Sydney has called for privacy.

“This is a very difficult time for our family. We are trying to come to terms with this tragedy and to understand why this has happened,” they said in a statement.

The incident has shone new light on police shootings in the US.

The Washington Post reported Ms Damond is one of at least 524 people fatally shot by police in the US this year and and the fifth in Minnesota.

The Minneapolis-St Paul area is still reeling from the acquittal last month of a police officer who shot dead a man, Philando Castile, during a traffic stop while Castile’s girlfriend live streamed the horrifying incident.

‘I am not afraid’: The modern unknown soldier risks it all in Ukraine
Energy market reform will be a big boost for emissions reductions: Chris Bowen
Greens sign up for Labor’s looming jobs-and-skills summit as Liberals stick with boycott
Joe Biden’s $430b green victory for the environment
China cementing its Thailand ties with joint military exercises
NRL: Titans frantic to end 10-game losing streak as Manly showdown looms
Tears, confusion after ‘peaceful’ Australian woman killed by US police
Today's Stories