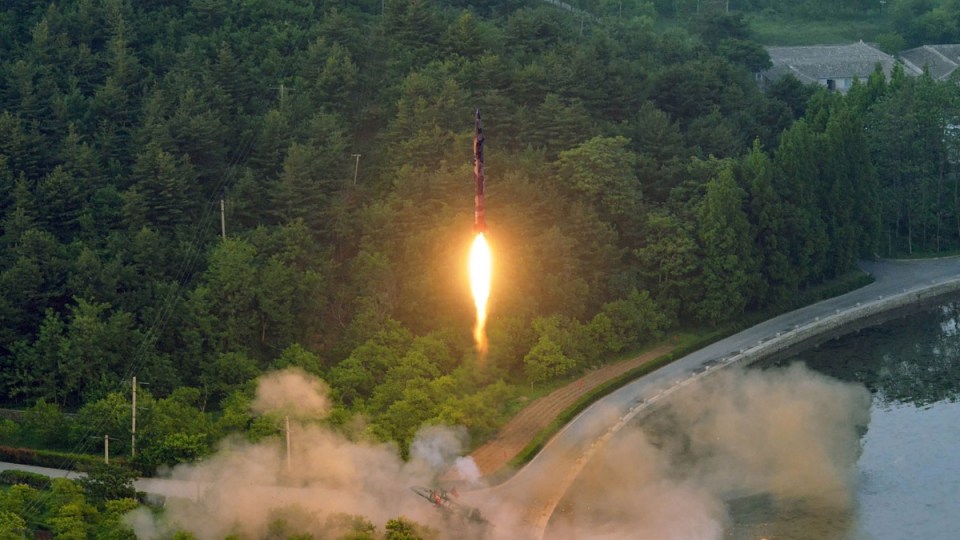 The US says it is ready to use force against North Korea. Photo: Getty Photo: AFP/Getty

The US has warned it is ready to use military force “if we must” to end North Korea’s nuclear missile program.

The US ambassador to the United Nations, Nikki Haley, told a UN Security Council meeting the US would prefer global diplomatic action against Pyongyang for test-launching an intercontinental ballistic missile.

But Ms Haley said North Korea’s actions were “quickly closing off the possibility of a diplomatic solution” and the US was prepared to defend itself and its allies.

“One of our capabilities lies with our considerable military forces. We will use them if we must but we prefer not to have to go in that direction,” the UN Ambassador said Wednesday.

She urged China, North Korea’s only major ally, to do more to rein in Pyongyang.

Donald Trump has frequently urged China to press the isolated country’s leadership to give up its nuclear program, but tweets posted by the US President Wednesday appear to show a loss of patience.

In a comment posted to Twitter earlier Wednesday, President Trump said: “So much for China working with us – but we had to give it a try!”

Trade between China and North Korea grew almost 40% in the first quarter. So much for China working with us – but we had to give it a try!

Taking a major step in its missile program, North Korea on Tuesday test-launched a Hwasong-14 missile it says could carry a large nuclear warhead.

Some experts believe it has the range to reach Alaska and the Pacific northwest of the US.

Pyongyang will not negotiate with the US to give up those weapons until Washington abandons its hostile policy against the North, KCNA quoted Kim as saying.

Haley said the US would propose new UN sanctions on North Korea in coming days and warned if Russia and China did not support the move then “we will go our own path”.

Diplomats say Beijing has not been fully enforcing existing sanctions on its neighbour and has resisted tougher measures such as an oil embargo, bans on the North Korean airline and guest workers, and measures against Chinese banks and other firms doing business with the North.

“We call on all the parties concerned to exercise restraint, avoid provocative actions and belligerent rhetoric, demonstrate the will for unconditional dialogue and work actively together to defuse the tension,” Liu said.

Russia’s deputy UN envoy, Vladimir Safronkov, said military force should not be considered and called for a halt to the deployment of a US missile defence system in South Korea.

He also said attempts to strangle North Korea economically were “unacceptable” and sanctions would not resolve the issue.

Trump and other leaders from the G20 meeting in Germany this week are due to discuss steps to rein in North Korea’s weapons program.

US warns it is ready to use force against North Korea