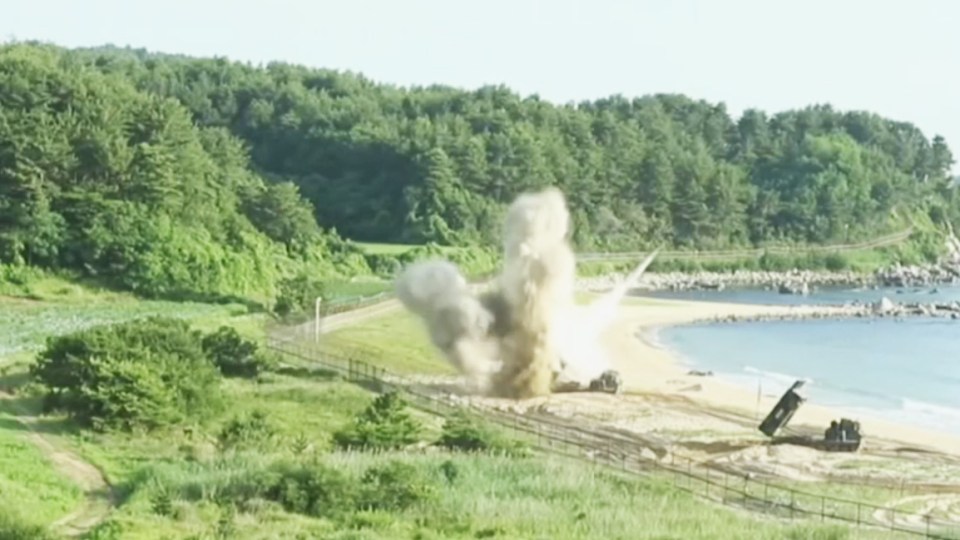 The US and South Korea have launched their own missile tests in response to threats from North Korea. Photo: CNN

The furore has faced global condemnation after Tuesday’s intercontinental ballistic missile (ICBM) launch, with the US and South Korea conducting a joint missile drill in response to the test.

But the North Korean leader has held firm with reports he wants to send more “gift packages” as the US celebrates its Independence Day.

The state-controlled Korean Central News Agency (KCNA) reported on Wednesday, Kim told “scientists and technicians that the US would be displeased to witness the DPRK’s strategic option as it was given a ‘package of gifts’ incurring its disfavour by the DPRK on its ‘Independence Day.'”

He reportedly “stressed that the protracted showdown with the U.S. imperialists has reached its final phase and it is the time for the DPRK to demonstrate its mettle to the US, which is testing its will in defiance of its warning.”

The report described Kim as “feasting his eyes” on the ICBM during its launch and had a “broad smile on his face”.

US Army and South Korean military personnel conducted the exercise to counteract North Korea’s “destabilising and unlawful actions,” a statement from the US Army said.

The exercise involved the Army Tactical Missile System (ATACMS) and the Republic of Korea’s Hyunmoo Missile II, firing missiles into territorial waters of South Korea along the East Coast, according to the US Army statement.

US officials have reportedly said they believe North Korea’s claim that the latest missile could reach Alaska.

The White House has requested an urgent, closed-door meeting of the United Nations Security Council to discuss its response to North Korea’s latest missile launch.

A meeting of the 15-member council was likely to be scheduled for Wednesday night.

North Korean state media said the missile test was ordered and supervised by leader Kim Jong-un, and sent a Hwasong-14 missile some 933km from launch to splashdown, reaching an altitude of 2802km during the 39-minute flight.

“The Democratic People’s Republic of Korea has become an imposing nuclear power with the most powerful ICBM capable of hitting any part of the world,” the state broadcaster KCTV said.

Russia and China have weighed into the increasing tensions on the Korean Peninsula, urging North Korea to “freeze” its missile and nuclear programs.

In a joint statement from Chinese leader Xi Jinping and Russian President Vladimir Putin, the world powers called for the simultaneous freezing of North Korea’s missile and nuclear program and large-scale military exercises by the United States and South Korea.

President Xi was in Moscow on Tuesday for talks with President Putin.

China and Russia also urged the US to not deploy the Thaad missile system – which aims to intercept attacks from Pyongyang – in South Korea.

“Testing an ICBM represents a new escalation of the threat to the United States, our allies and partners, the region, and the world,”  he said in a statement.

UN Secretary-General António Guterres called the test as a “yet another brazen violation of Security Council resolutions and constitutes a dangerous escalation of the situation”.