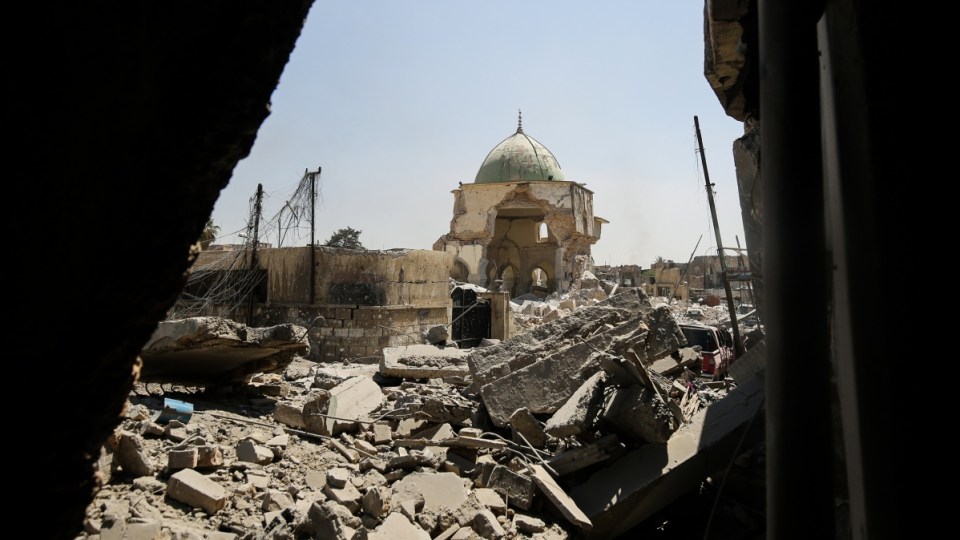 Iraqi forces have retaken all but a small, rubble-strewn strip of Mosul where Islamist fanatics are fighting to the death. Photo: Getty

Islamic State (IS) has released graphic footage of its final hours in war-ravaged Mosul in northern Iraq as experts around the world warn that America and Australia have fallen into a jihad trap.

While the West crows of victory and “liberation”, IS wants everyone to know what has happened there. Pictures of wounded and dying children, shell-shocked mothers and fleeing families are being widely disseminated.

The footage, released through their official media outlet Amaq, shows IS fighters, known as mujahedeen or holy warriors, firing rifles as they fight their way through the city’s severely bombed streets.

Horror stories abound, of children rounded up from orphanages and placed on the front line, of entire families killed by airstrikes.

With water and food supplies cut, more than 800,000 people have fled the city. Humanitarian workers report the civilian population the most traumatised they have ever seen.

There are only a few hundred IS fighters left in a thin strip estimated to run for 300 metres from the Tigris River. All are expected to die in the coming hours.

Thousands of their comrades have been killed in the battle to retake Mosul, which began in October last year. Hundreds more have blown themselves up in suicide attacks.

It was in Mosul that IS leader Abu Bakr al-Baghdadi declared a Muslim caliphate in 2014.

Since then, IS has attracted followers around the world and changed the face of terror forever.

Speaking on the third anniversary of that day, Iraq’s Prime Minister Haider al-Abadi praised his troops on “the big victory”.

“Praise be to God, we managed to liberate Mosul,” al-Abadi said.

Both the US-led Coalition forces and the Iraq military have been pounding the city all week. Australia has also been dropping more than $30 million worth of bombs on the city a month, 119 strikes in May alone.

Senior Research Fellow at the Centre for the Study of Radicalisation Charlie Winter warns that the destruction of Mosul will fuel jihadi propaganda worldwide.

“The truth is, IS has been planning for defeat in Mosul for months, if not years. Losing the city has long been part of its global plan,” he said.

“The caliphate has been doing all it can to make sure it could be seen to be putting up a fight.

“Although IS’s audacious ultraviolence ultimately set the scene for its material undoing, it also meant that it could work towards creating the world it wanted to inhabit – a polarised turbulent place that accommodated the jihadist ideology uncannily well.”

Senior analyst with the Australian Strategic Policy Institute John Coyne told The New Daily he agreed: “Anyone who thinks the fall of Mosul is going to end all this is fooling themselves. We call the Australian political response ‘security theatre’. Kill them at the source, get tough on terror, but whether that is a strategy for victory over the jihadists is hotly contested.”

The iman of the al-Nuri mosque, destroyed last week, said he longed for the return of the caliphate:

“The reason we supported Daesh is because of the abuses of the army. People started looking for salvation regardless of what the alternative was.”

At the same time as IS confronts certain defeat in Mosul, it is also facing losses in its de facto capital of Raqqa in Syria, with US Central Command claiming major advances through the Old City.

Islamic State loses the battle for Mosul, but don’t dare to believe the war is won