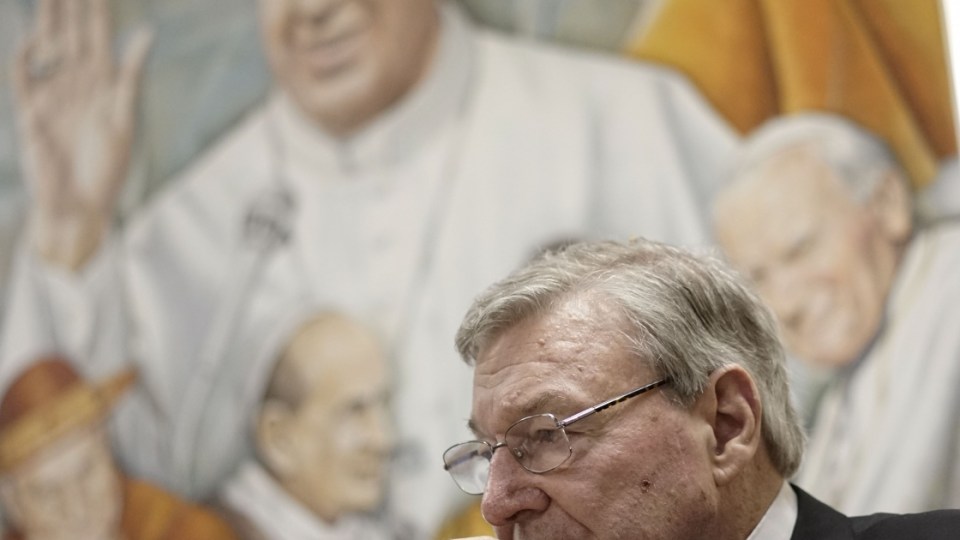 Pell was the only Cardinal absent from the Thursday Mass, and Vatican spokesman Greg Burke has told media he will not take part in any public events before he leaves for Australia.

Victoria Police charged Cardinal Pell with multiple historic sexual offences on Thursday and have summonsed him to appear in Melbourne Magistrates Court next month.

Pell, Australia’s most senior Catholic, said he had been the victim of “relentless character assassination” and the charges “strengthened his resolve” to clear his name.

He said he wanted to return to Australia for his “day in court”, after being granted leave by Pope Francis.

“I’m looking forward, finally, to having my day in court,” he said.

“I’m innocent of those charges. They are false. The whole idea of sexual abuse is abhorrent to me.

“There have been leaks to the media. There has been relentless character assassination.”

CNN’s Vatican analyst, John Allen, said the charges would have a profound impact on the Pope and the Vatican.

“It’s not every day that a senior Vatican official is facing criminal charges,” Mr Allen said.

“It’s going to cast a new spotlight on Pope Francis’ track record in dealing with the abuse crisis, which frankly I think most observers would tell you is mixed.”

In a press conference from the Vatican, Pell said he had spoken to Pope Francis about the case and had been granted leave.

“I have spoken to him on a number of occasions in the last week. We talked about my need to take leave to clear my name.

“So I’m grateful to the Holy Father for giving me this leave to return to Australia.”

Pell reiterated his innocence saying he had spoken to his lawyers about when he needed to return, and to his doctors about how to travel to Australia.

“All along, I have been completely consistent and clear in my total rejection of these allegations,” he said.

“Court proceedings now offer me an opportunity to clear my name and then return here, back to Rome to work.”

Pell has been ordered to appear in the Melbourne Magistrates’ Court on July 26, after Victoria Police served charges on his legal representatives.

A magistrate will decide whether to release the details and the nature of the charges at a separate hearing on July 6.

Deputy Commissioner Patton said the “process and procedures” being followed had been the same as those applied “in a whole range of historical sex offences, whenever we investigate them”.

“The fact that he has been charged on summons — we have used advice from the Office of Public Prosecutions and also we have engaged with his legal representatives, which is common and standard practice.”

As head of the Vatican’s finances, Pell is considered number three in the Catholic hierarchy behind the Pope.

A statement from the Vatican said the Pope recognised the importance of Pell’s participation to ensure the process was carried out fairly and to foster the search for truth.

“The Holy See expresses its respect for the Australian justice system that will have to decide the merits of the questions raised,” the statement said.

“At the same time, it is important to recall that Cardinal Pell has openly and repeatedly condemned as immoral and intolerable, the acts of abuse committed against minors, has cooperated in the past with Australian authorities (for example, in his depositions from the royal commission).

“And as a diocesan bishop in Australia, has introduced systems and procedures both for the protection of minors and to provide assistance to victims of abuse.”

Holy See spokesman Greg Burke said from now on, Pell would not be going out to do public liturgical events.

Process ‘needs to be fair’

Paul Tatchel, a survivor of historical clergy abuse, said the legal system was slow for a good reason.

“One thing that’s come out of this is that survivors have to become very resilient to time and appreciate that we have to go through the process.

“And everyone deserves that process.”

Andrew Collins, another survivor of historical clergy abuse, said it was a watershed moment for the Catholic Church.

“We have to remember all the way along that he is presumed innocent until proven guilty,” he said.

“But we also must remember that there are alleged victims as well that have a story to tell.”