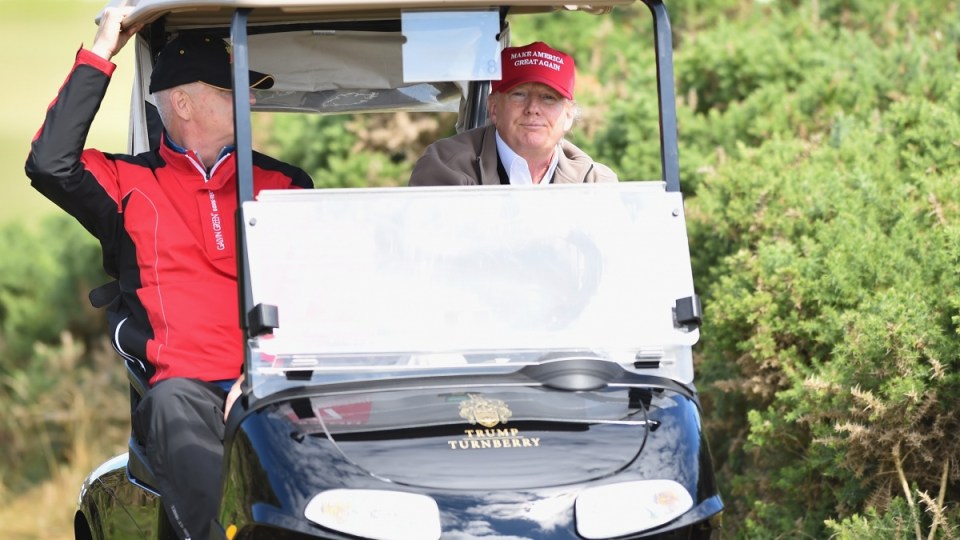 It was bad day at home and on the golf course for US President Donald Trump, who has had to deal with attacks from both North Korea and the world’s golf community.

In one of the great ironies of modern geopolitics, North Korea warned its people against trusting Mr Trump’s comments about US student Otto Warmbier, describing the President as a “psychopath”.

Mr Warmbier, who was imprisoned in North Korea for 17 months for having stolen a propaganda poster, died in a US hospital only days after having been returned to the United States in a coma last week.

The President responded by slamming the “brutality of the North Korean regime”.

“Otto’s fate deepens my administration’s determination to prevent such tragedies from befalling innocent people at the hands of regimes that do not respect the rule of law or basic human decency,” Mr Trump said.

The Rodong Sinmun reported that Mr Trump had only criticised the treatment of the detained student to distract from his own “tough situation,” according to Sky News.

“South Korea must realise that following psychopath Trump … will only lead to disaster,” the North Korean newspaper reported.

South Korean president Moon Jae-in, who is due to visit Washington next week to meet Mr Trump, described North Korea as an “irrational regime” in an interview with CBS television’s This Morning.

Meanwhile, the President has also come under fire for displaying complete disregard for the etiquette of golf, driving his golf buggy across the greens in a recent round of golf at his club in Bedminster, New Jersey.

Driving a buggy onto the green is an absolute no-no in golf etiquette, with many courses even preventing buggies from driving within a certain distance of the green.

Footage published by US sports media outlets shows Mr Trump driving across the greens rather than parking it and entering the greens by foot, in accordance with the widely observed etiquette of the sport.

The Washington Post noted that the women’s US Open is due to be played at the course next month.

The manoeuvre sparked a range of reactions on social media, some downright angry, but most parodying the incident.

Driving on the green is the most unsettling thing Trump has done.

And the President seemed unrepentant about his indiscretion when he approached the other players who had filmed the faux pas, driving his buggy up to them and complaining he was playing “well, until this hole”.

Mr Trump is, according to The Post, on track to play more golf per year than any other president. Less than halfway into his first year as president, Mr Trump has taken more than 23 trips to play golf.