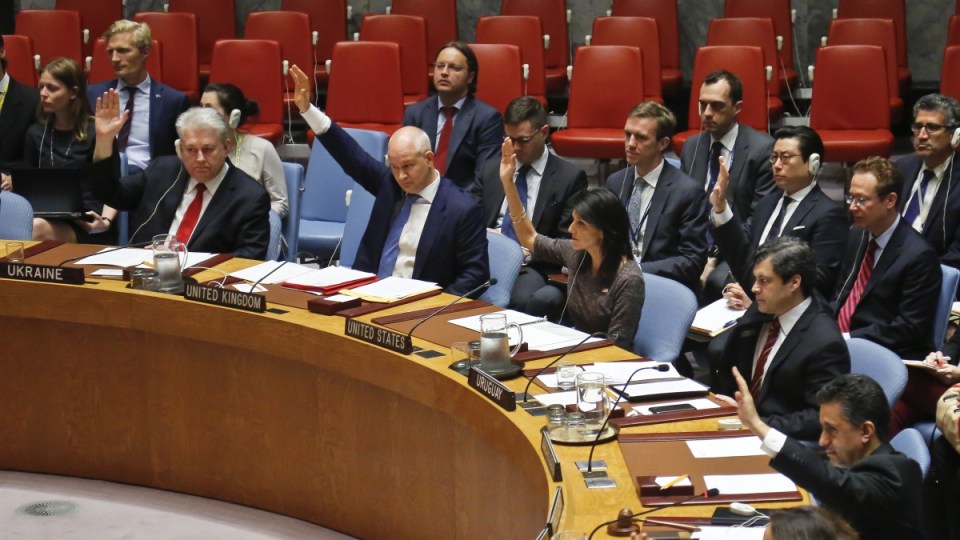 The UN Security Council has expanded targeted sanctions against North Korea after its repeated missile tests, adopting the first such resolution agreed by the United States and Pyongyang’s only major ally China since President Donald Trump took office.

The Trump administration has been pressing China aggressively to rein in its reclusive neighbour, warning that all options are on the table if Pyongyang persists with its nuclear and missile development programs.

The United States has struggled to slow those programs, which have become a security priority given Pyongyang’s vow to develop a nuclear-tipped missile capable of hitting the US mainland.

“The United States will continue to seek a peaceful, diplomatic resolution to this situation,” US Ambassador to the United Nations Nikki Haley told the council after the vote.

But she added: “Beyond diplomatic and financial consequences, the United States remains prepared to counteract North Korean aggression through other means, if necessary.”

Adding names to the UN blacklist – a global travel ban and asset freeze – was the minimum sanctions measures the Security Council could have taken and comes after five weeks of negotiations between Washington and Beijing.

The resolution, adopted unanimously by the 15-member council, sanctions four entities, including the Koryo Bank and Strategic Rocket Force of the Korean People’s Army, and 14 people, including the head of Pyongyang’s overseas spying operations.

North Korea’s Koryo Bank handles overseas transactions for Office 38, a shadowy body that manages the private slush funds of the North Korean leadership, according to a South Korean government database.