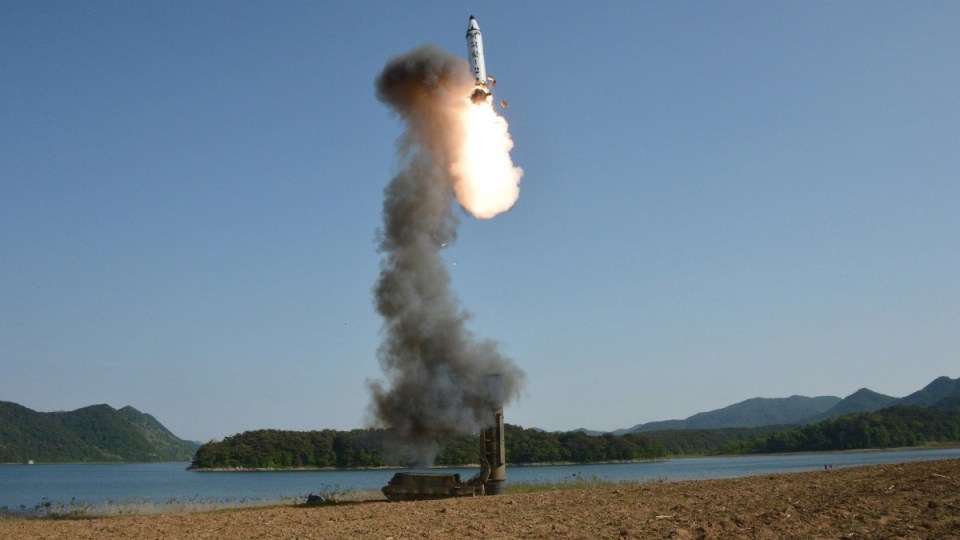 North Korea has launched what is believed to be a test of an intercontinental ballistic missile. Photo: KCNA

US authorities tracked the six-minute flight until it crashed into the Sea of Japan, the US Pacific Command said.

The missile, thought to be a Scud, flew some 450 kilometres before landing in Japan’s exclusive economic zone.

South Korea’s President Moon Jae-in has called a meeting of the National Security Council, the South Korean office of the Joint Chiefs of Staff said in a statement.

Japan has protested against the launch of the missile, which appears to have landed in Japan’s exclusive economic zone, Chief Cabinet Secretary Yoshihide Suga said.

“This ballistic missile launch by North Korea is highly problematic from the perspective of the safety of shipping and air traffic, and is a clear violation of United Nations Security Council resolutions,” Suga told reporters in televised remarks.

No damage to planes or ships had been detected, Suga said.

Japan’s Prime Minister Shinzo Abe condemned the launch and vowed action along with other nations to deter Pyongyang’s repeated provocations.

“As we agreed at the recent G7, the issue of North Korea is a top priority for the international community,” Mr Abe told reporters in a brief televised statement.

“Working with the United States, we will take specific action to deter North Korea.”

North Korea last test-fired a ballistic missile on May 21 towards the sea off its east coast and on Sunday said it had tested a new anti-aircraft weapon supervised by leader Kim Jong Un.

US President Donald Trump has been briefed about the test, a White House official said.

“The United States government is aware,” the White House official said. “The president has been briefed.”