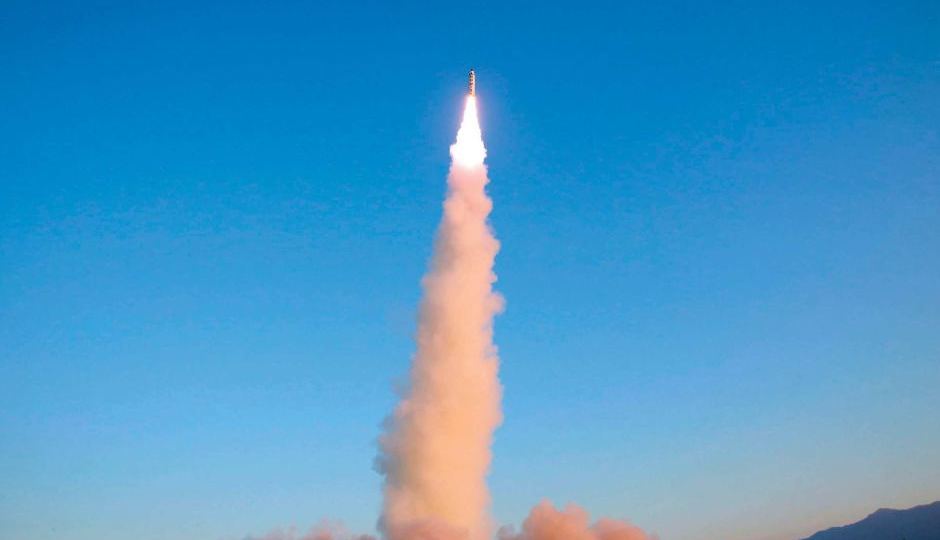 North Korea says it’s successfully tested an intermediate-range ballistic missile to confirm the reliability of the late-stage guidance of the nuclear warhead, indicating further advances in the ability to hit US targets.

The official North Korean KCNA news agency said Monday that its leader Kim Jong Un supervised the test, which also verified the functioning of the solid-fuel engine for the Pukguksong-2 missile fired from a mobile launcher.

A South Korean military official on Sunday said the test – the North’s second missile test in a week – dashed hopes for peace between the South’s new liberal government and its northern neighbour.

The official said the missile appeared to be an upgraded, extended-range version of the North’s solid-fuel submarine-launched missile.

The missile fired a week ago was liquid-fuelled, and flew further.

North Korea has defied all calls to rein in its nuclear and missile programs, even from China, its lone major ally, saying the weapons are needed for legitimate self-defence.

The reclusive state has been working to develop a nuclear-equipped missile capable of striking the US mainland.

On Saturday, it said it had developed the capability to strike the US mainland, although Western missile experts say the claim is exaggerated.

An official travelling with US President Donald Trump in Saudi Arabia said the White House was aware of the latest launch and noted that the missile had a shorter range than the three previous missiles that North Korea had tested.

The two missile tests in a week complicate plans by South Korea’s new President Moon Jae-in to seek ways to reduce tension on the peninsula.

Mr Moon took office 11 days ago after winning an election on a platform of a more moderate approach to the North, with which the South is still technically at war since no peace treaty was signed at the end of their 1950-1953 conflict.

South Korea’s foreign ministry said the tests were “reckless and irresponsible actions throwing cold water over the hopes and desires of this new government and the international community for denuclearisation and peace on the Korean peninsula”.

Japanese Prime Minister Shinzo Abe said the latest missile test by the reclusive North was “a snub and a challenge to international efforts for a peaceful resolution”.

Mr Abe told reporters after a meeting of Japan’s National Security Council that he wanted to raise the issue of North Korean missile launches at the Group of Seven leaders’ summit in Italy this month. China had no immediate comment.

Sunday’s missile was launched from a location near Pukchang, 60km northeast of the capital Pyongyang, an area where North Korea attempted to test-launch another missile last month but failed, South Korea’s Office of Joint Chiefs of Staff said in a statement.

The missile flew about 500km, it said.