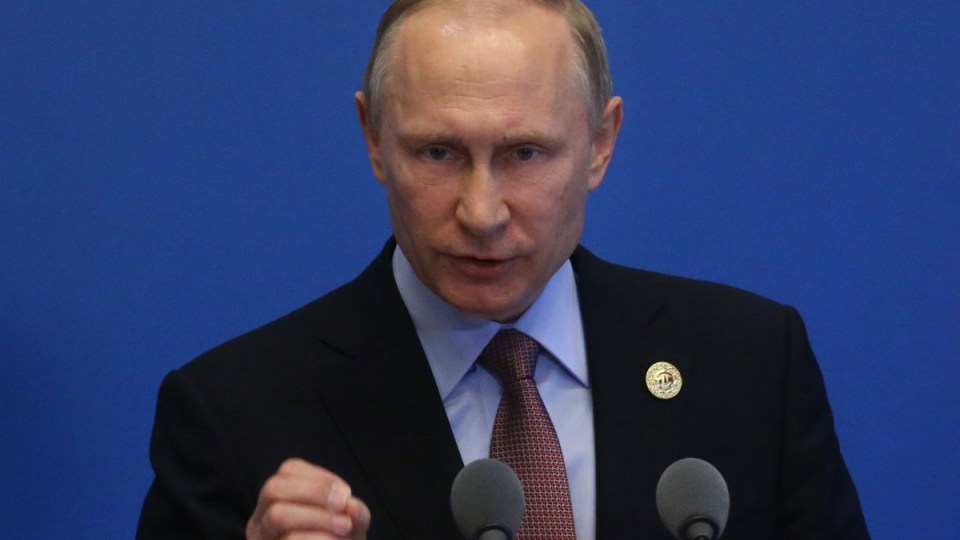 That Vladimir Putin will be Russia's once and future president has never been doubt. Photo: Getty

Russian President Vladimir Putin has warned the world against trying to “intimidate” North Korea as the rogue nation makes inroads into developing a missile capable of carrying a nuclear warhead.

President Putin, speaking in Beijing, said Moscow is opposed to any new countries acquiring nuclear weapons, but that the world should talk to North Korea rather than threaten it.

The Russian leader’s comments come just days after North Korea successfully tested a mid-range missile that landed in the Sea of Japan just 500 kilometres off the Russian coastline.

Mr Putin said nuclear tests of the type that Pyongyang had been carrying out in recent weeks were unacceptable, but that a peaceful solution to rising tensions on the Korean peninsula was needed.

“I want to confirm that we are categorically against the expansion of the club of nuclear powers, including with the Korean Peninsula and North Korea,” he said, adding that any such move would be “harmful and dangerous”.

“But at the same time, we understand that what we have observed in the world recently, and specifically flagrant violations of international law and incursions into the territory of foreign states, changes in regime, lead to such kinds of arms races.”

Mr Putin did not specify what countries he had in mind, but he has in the past repeatedly criticised the US for military operations in Iraq, Libya and Syria, and accused it of trying to oust legitimate governments.

“We need to return to dialogue with North Korea and stop scaring it and find ways to resolve these problems peacefully.”

North Korea tested a Hwasong-12 missile on Sunday which reached an altitude of 2,111.5km and flew 787km, according to the country’s state-run news agency KCNA.
Analysts estimated its ranged as 4,500km which would put both Australia and the US territory of Guam within its reach.
North Korea said the missile test was in response to the nuclear dangers and threats posed by the US and its followers.
“We will conduct ICBM (inter-continental ballistic missile) tests anytime and anywhere in accordance with the decisions made by our central leadership,” North Korea’s ambassador to China Ji Jae Ryong said at an impromptu press conference at the country’s embassy in Beijing on Monday.
President Putin said he thought a negotiated solution to the North Korean tensions was possible because of Russia’s “positive experience” of holding talks with Pyongyang in the past.

“If you recall, there was a time when North Korea announced it was suspending this kind of (nuclear) program, but unfortunately certain participants in the negotiations process did not have enough patience. I think we need to return to this,” he said.

Mr Putin said he was briefed by his defence minister after North Korea’s latest missile test.

“This missile launch presented no threat to us, but it of course escalates this conflict and there is nothing good about that.”