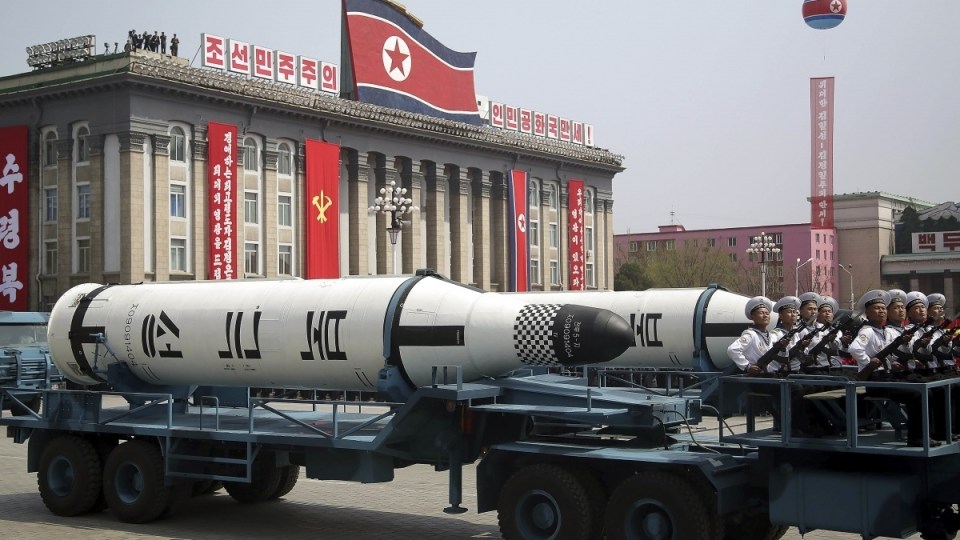 North Korea says it’s mid-to-long range missile test on Sunday that landed in the sea near Russia was aimed at verifying its ability to carry “a large-size heavy nuclear warhead”.

North Korean leader Kim Jong-un – who supervised the launch – warned the United States that it should not misjudge the reality that the US mainland is in Pyongyang’s “sighting range for strike,” the North’s official KCNA news agency reported.

The US military’s Pacific Command said it was assessing the type of missile fired on Sunday, but it was “not consistent with an intercontinental ballistic missile” and maintain’s its threat assessment of the North Korean missile program has not changed.

Japanese Defence Minister Tomomi Inada said the missile could be a new type.

The test flew for 30 minutes, or 700km, reaching a height of more than 2000km before dropping into the sea.

A US official, speaking on condition of anonymity, told Reuters the missile landed 97km south of Russia’s Vladivostok region, prompting the White House to reference Moscow in a statement about the incident.

“With the missile impacting so close to Russian soil – in fact, closer to Russia than to Japan – the President cannot imagine that Russia is pleased,” the White House said.

North Korea is widely believed to be developing an intercontinental missile tipped with a nuclear weapon that can reach the US.

US President Donald Trump has vowed not to let that happen.

“The launch may indeed represent a new missile with a long range,” said Jonathan McDowell of the Harvard Smithsonian Center for Astrophysics, referring to the estimated altitude of more than 2000 km.

“It is definitely concerning.”

South Korean President Moon Jae-in held his first National Security Council in response to the launch, which he called a “clear violation” of UN Security Council resolutions, his office said.

“The President said while South Korea remains open to the possibility of dialogue with North Korea, it is only possible when the North shows a change in attitude,” Yoon Young-chan, Moon’s press secretary, told a briefing.

China, North Korea’s sole main, although it objects to the weapons program, called for restraint and for no one to exacerbate tension.

Mr Trump said in an interview with Reuters in April that a “major, major conflict” with North Korea was possible but he would prefer a diplomatic outcome.

Mr Trump has also said he would be “honoured” to meet North Korean leader Kim Jong Un under the right circumstances.

On Saturday, a top North Korean diplomat said Pyongyang was open to dialogue with the Trump administration under the right conditions.

But Nikki Haley, the US ambassador to the UN, told ABC’s This Week on Sunday that “having a missile test is not the way to sit down with the president, because he’s absolutely not going to do it”.

Haley said that Kim “can sit there and say all the conditions he wants. Until he meets our conditions, we’re not sitting down with him”.