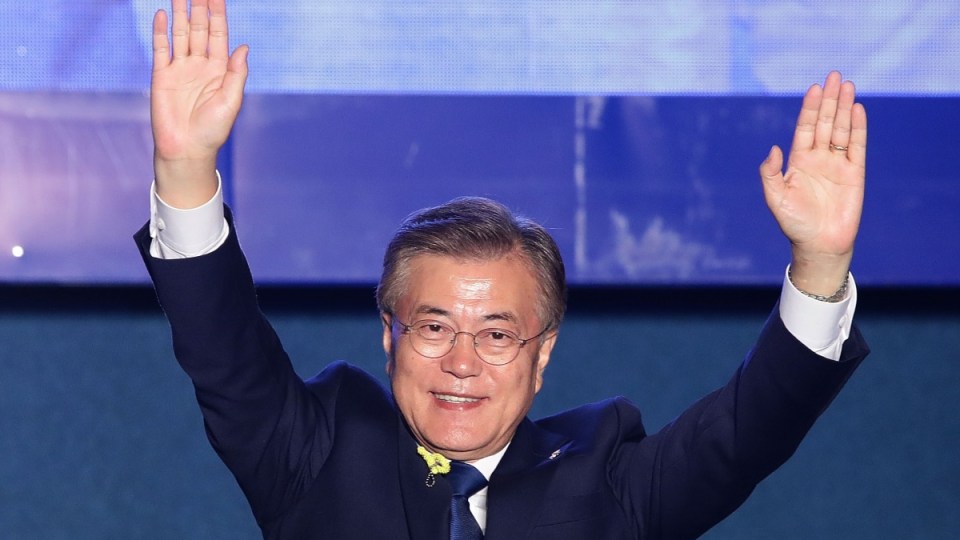 Mr Moon’s victory will end the months of political turmoil that led to the South Korean Parliament’s impeachment of conservative former president Park Geun-hye over an extensive corruption scandal, which a court upheld in March.

Ms Park became the first democratically elected leader in South Korea to be removed from office, triggering a snap election to choose her successor.

Climbing a temporary stage in the main square of downtown Seoul, a beaming Mr Moon, surrounded by his Democratic Party leaders, vowed to usher in a new era for a country badly bruised by the scandal in a midnight victory speech.

“I will make a just, united country,” he told a crowd gathered to see the former human rights lawyer who entered politics just five years ago. 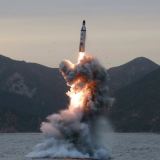 South Korea on edge as defiant North ratchets up rhetoric 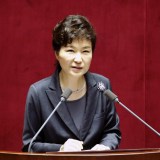 “I will be a president who also serves all the people who did not support me.”

With 80 per cent of the votes counted, Mr Moon was ahead with 40 per cent, according to the National Election Commission.

A conservative challenger, former prosecutor Hong Joon-pyo, was next with 25.5 per cent followed by centrist candidate Ahn Cheol-soo with 21.4 per cent.

A plurality of votes is enough for victory.

The results were in line with an exit poll by South Korea’s three biggest broadcasters, which showed Mr Moon, 64, capturing 41.4 per cent of the votes in a field of 13 candidates.

“If exit polls are true, I will accept the results and just be satisfied with the fact that the Liberty Korea Party will be restored,” a downcast Mr Hong told members of his conservative party.

Mr Ahn said he would “humbly accept” the result.

Voter turnout was 77.2 per cent, the highest in 20 years, but short of the expected 80 per cent mark, as voters headed to the polls in rainy weather.