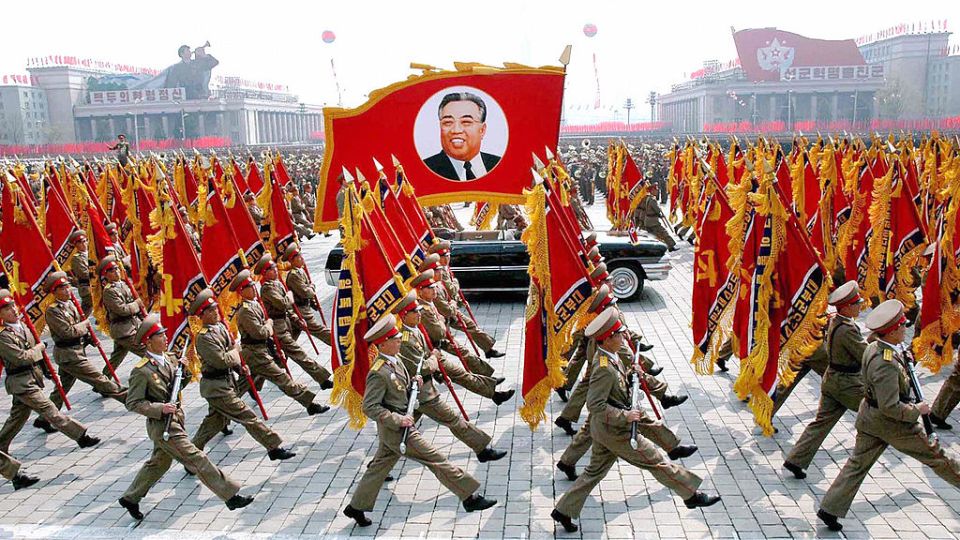 US President Donald Trump says a “major, major conflict” with North Korea is possible in the standoff over its nuclear and missile programs.

But the President maintains he would still prefer a diplomatic outcome to the dispute.

“There is a chance that we could end up having a major, major conflict with North Korea. Absolutely,” Mr Trump told Reuters in an Oval Office interview ahead of his 100th day in office on Saturday.

However, Mr Trump said he wanted to peacefully resolve a crisis that has bedevilled multiple US presidents, a path that he and his administration are emphasising by preparing a variety of new economic sanctions while not taking the military option off the table.

The President’s comments come on the same day that a North Korean propaganda outlet released a video clip showing simulated attacks on the US and declaring that “the enemy to be destroyed is in our sights.”

The video shows a range of North Korean missiles and rockets being fired, US aircraft carriers, planes and helicopters depicted in crosshairs and, finally, an image of the White House going up in flames.

The video comes at a particularly tense time in relations between North Korea and the US, with the Trump administration sending warships to the region in a show of force against Kim Jong Un’s regime.

This week, North Korea conducted large-scale artillery drills, showing off conventional weaponry that can easily reach South Korea’s capital, Seoul, the centre of a metropolitan region that is home to about 25 million people.

Mr Trump, who has been urging China to apply pressure on North Korea and has warned that his administration will act if Beijing doesn’t, convened members of Congress on Wednesday to brief them on the “very grave threat” posed by Pyongyang.

A propaganda video of a simulated attack on US

“With that being said, he loves China and he loves the people of China. I know he would like to be able to do something, perhaps it’s possible that he can’t,” Mr Trump said.

Mr Trump spoke just a day after he and his top national security advisers briefed US lawmakers on the North Korean threat and one day before Secretary of State Rex Tillerson will press the United Nations Security Council on sanctions to further isolate Pyongyang over its nuclear and missile programs.

The Trump administration on Wednesday declared North Korea “an urgent national security threat and top foreign policy priority” and called an extraordinary meeting of all senators for a briefing on the matter.

It said it was focusing on economic and diplomatic pressure, including Chinese cooperation in containing its defiant neighbour and ally, and remained open to negotiations.

US officials said military strikes remained an option but played down the prospect, though the administration has sent an aircraft carrier and a nuclear-powered submarine to the region in a show of force.

Any direct US military action would run the risk of massive North Korean retaliation and huge casualties in Japan and South Korea and among US forces in both countries.

Asked if he considered North Korean leader Kim Jong Un to be rational, Mr Trump said he was operating from the assumption that he is rational, noting that Kim had taken over his country at an early age.

“He’s 27 years old. His father dies, took over a regime. So say what you want but that is not easy, especially at that age.