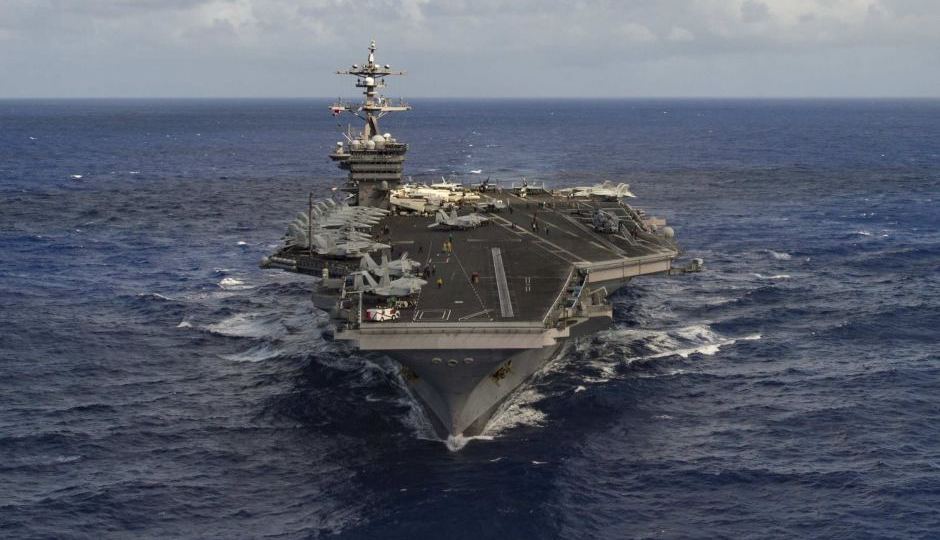 North Korea has likened the USS Carl Vinson to a "gross animal". Photo: US Navy

North Korea has threatened to sink a US aircraft carrier with “a single strike”, as regional tensions mount and fears grow that the rogue state is planning another nuclear test.

US President Donald Trump ordered the USS Carl Vinson carrier strike group to sail to waters off the Korean peninsula in response to rising tension over the North’s nuclear and missile tests, and its threats to attack the US and its Asian allies, including Australia.

As the US despatched the Carl Vinson to the region, North Korea maintained a defiant tone.

“Our revolutionary forces are combat-ready to sink a US nuclear-powered aircraft carrier with a single strike,” the Rodong Sinmun, the newspaper of the North’s ruling Workers’ Party, said in a commentary.

The paper likened the aircraft carrier to a “gross animal” and said a strike on it would be “an actual example to show our military’s force”.

The commentary was carried on page three of the newspaper, after a two-page feature about leader Kim Jong-un inspecting a pig farm. 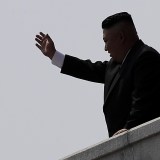 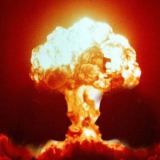 The latest threat comes after a spokesman for the North Korean Foreign Ministry accused Australia of “spouting a string of rubbish” about the isolated regime, and warned against following the US into any conflict.

“The present government of Australia is blindly and zealously toeing the US line,” the spokesman said.

Meanwhile, China maintained its calls for calm and conciliation in the affair.

Speaking during a visit to Greece, Chinese Foreign Minister Wang Yi said there were already enough shows of force and confrontation at present and appealed for calm.

“We need to issue peaceful and rational sounds,” Mr Wang said, according to a statement issued by China’s Foreign Ministry.

Meanwhile, North Korea detained a Korean-American man, bringing the total number of US citizens held by Pyongyang to three.

The man, Tony Kim, had been in North Korea for a month teaching at the Pyongyang University of Science and Technology (PUST), according to Reuters, and was arrested at Pyongyang International Airport on his way out of the country.

The arrest took place on Saturday morning local time, the university said in a statement, and was “related to an investigation into matters that are not connected in any way to PUST”.

Japan said on Sunday it had sent two Japanese destroyers to join the carrier group, led by the USS Carl Vinson, for drills.

Mr Abe described his conversation with Mr Trump as a “thorough exchange of views”.

“We agreed to strongly demand that North Korea, which is repeating its provocation, show restraint,” Mr Abe told reporters.

“We will maintain close contact with the United States, keep a high level of vigilance and respond firmly,” he said.

A Japanese official said the phone call between Mr Trump and Mr Abe was not prompted by any specific change in the situation.

However, the group said it was unclear whether the site was in a “tactical pause” before another test or was carrying out normal operations.