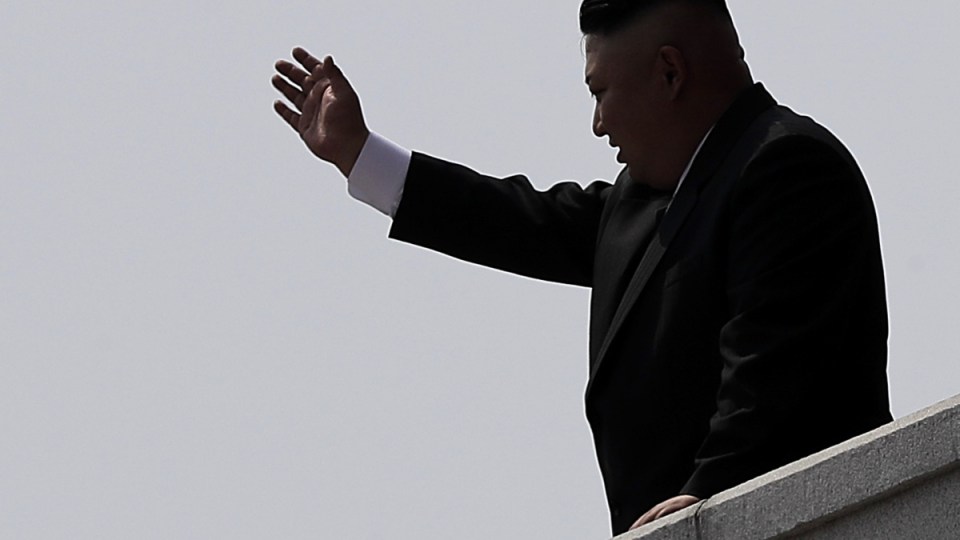 North Korea says it is ready for any US attack as tensions between the two nations continue to rise. Photo: AAP

North Korea has warned of a “super-mighty pre-emptive strike” against the United States in an ominous warning, saying don’t “mess with us”.

The latest salvo in a war of rhetoric over America’s hard-line stance on the North Korean nuclear weapons program comes as Secretary of State Rex Tillerson said the US is looking at ways to apply pressure on Pyongyang.

US President Donald Trump has taken a hard line with Kim Jong-un, who has proceeded with nuclear and missile programs in defiance of UN Security Council resolutions.

North Korea regularly threatens to destroy Japan, South Korea and the US despite a failed missile test on Sunday, a day after putting on a huge display of missiles at a parade in Pyongyang.

“We’re reviewing all the status of North Korea, both in terms of state sponsorship of terrorism as well as the other ways in which we can bring pressure on the regime in Pyongyang to re-engage with us, but re-engage with us on a different footing than past talks have been held,” Mr Tillerson said Thursday.

In response, North Korea has bluntly warned that the US and its allies –including Australia – “should not mess with us”.

The Rodong Sinmun, the official newspaper of the North’s ruling Workers’ Party, said North Korea was fully prepared for any US attack.

“In the case of our super-mighty pre-emptive strike being launched, it will completely and immediately wipe out not only US imperialists’ invasion forces in South Korea and its surrounding areas but the US mainland and reduce them to ashes.”

North Korea maintains it has developed a missile that can strike the mainland United States, but officials and experts believe it is some time away from doing that.

Regardless, Pyongyang’s present missile capability is sufficient to reach US bases in South Korea and Japan, and perhaps Australia.

US Vice-President Mike Pence has said repeatedly the era of strategic patience with North Korea is over, while House Speaker Paul Ryan, on a visit to London, said the military option must be part of the pressure.

“Allowing this dictator to have that kind of power is not something that civilised nations can allow to happen,” he said in reference to Kim.

“We believe that more should and could be done by China,” Ms Bishop said in Tokyo on Thursday, reflecting on the two countries’ “unique” relationship.

China is the source of virtually all of North Korea foreign direct investment, trade and energy, she said.

“The idea behind the sanctions is to send the clearest possible message to North Korea that its behaviour will not be tolerated, that a nuclear-armed North Korea is not acceptable to our region,” she said.

Ms Bishop and Senator Payne also met with Japanese Prime Minister Shinzo Abe during their visit, amid signs North Korea is planning to carry out another nuclear test.