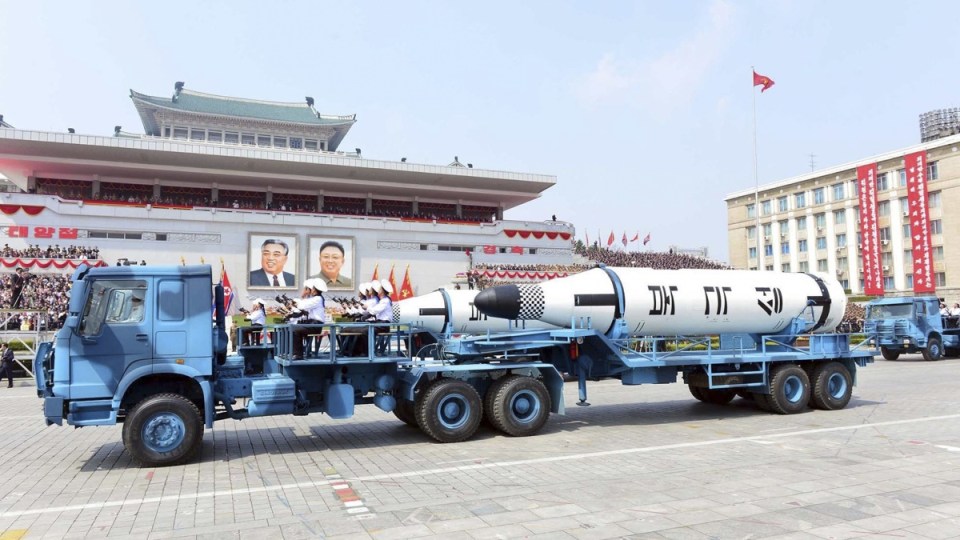 North Korea plans to continue its regular missile tests and has threatened the United States that any military action against it would prompt “all-out war”, according to a senior North Korean official.

“If the US is reckless enough to use military means it would mean from that very day, an all-out war.”

He also said North Korea believes its nuclear weapons protect it from the threat of US military action.

North Korea has conducted several missile and nuclear tests despite United Nations sanctions and claims it has developed a missile that could strike the US mainland.

The White House maintains there is no evidence North Korea has those capabilities.

US Vice-President Mike Pence said on Monday that recent US strikes in Syria, one of Pyongyang’s few close allies, and Afghanistan should serve as a warning that President Donald Trump’s resolve should not be tested.

Australian Prime Minister Malcolm Turnbull told reporters in Canberra on Tuesday that Australia supported its allies, including the US, in putting pressure on North Korea, but the heaviest obligation was on China.

“China is the nation that has the greatest leverage over North Korea,” he said.

“It has the greatest obligation and responsibility to bring North Korea back into a realm of at least responsibility in terms of its engagement with its neighbours.

“It is a threat to all of its neighbours in the region, and if it were able to develop a missile that could travel as far as the United States with a warhead, or as far as Australia, then it obviously could threaten Australia.”

“But what we are able to do is to provide the solidarity and the influence we can in international forums and in our direct engagement with other nations.”

The Prime Minister’s comments came after North Korea’s deputy UN ambassador accused the US of making the Korean Peninsula the “world’s biggest hotspot” and creating “a dangerous situation in which a thermonuclear war may break out at any moment”.

“[North Korea] is on a path to achieving nuclear weapons capability and we believe Kim Jong-un has a clear ambition to develop an intercontinental ballistic missile capable of carrying a nuclear payload as far as the US,” Ms Bishop told the ABC.

“That would mean Australia would be in reach so unless it is prevented from doing so it will be a serious threat to the peace and stability of our region and that is unacceptable.”