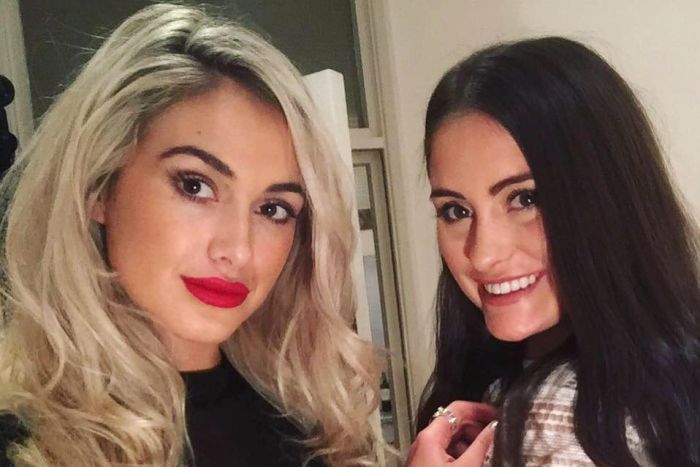 Two Australian sisters have been treated for burns after a suspected acid attack in a London nightclub on Monday that injured 12 people.

Sydney model Isobella Fraser, 22, and sister Prue Fraser, 20, who were injured in the attack, have described how Isobella’s shirt stuck to her skin when the acid hit, and how the fabric had to be picked out of her wounds when she was treated.

Hundreds of attendees were evacuated from the Mangle nightclub in Hackney when a fight broke out at around 12.10am (local time) and an “unknown corrosive substance” was thrown.

Police say the problem at the nightclub started with a dispute between two groups of people that escalated when a male suspect sprayed a “noxious substance” directly at two men.

Ten other people were treated for minor injuries, with two men in their 20s in a serious but stable condition in hospital.

None of the injuries was said to be life-threatening.

Isobella said she saw someone use a drink bottle to splash two men in the face with a liquid, which also splashed on her, her sister and others around them.

“It just sort of went everywhere,” she told Channel 7.

“I couldn’t breathe. I thought we were getting gassed, I thought it was a terrorist attack or something … I was freaking out just because of all the things that have been happening.

“I actually couldn’t breathe and I was coughing, and yeah, I just felt this thing on my arm, and I realised it was some sort of acid. It was pretty crazy.”

Isobella said her shirt stuck to her skin when the acid hit, and the fabric had to be picked out of her wounds, but said her injuries “could be worse”.

“My sister’s top was stuck to her back, I’ve never seen anything like it. When she took her T-shirt off, bits were stuck to her skin,” Prue said.

“We walked out the front thinking, ‘Let’s go be seen by an ambulance’ but there were girls who had it in their eyes, in their face, on their chest. We thought we’d just go home. My arm was red, not bubbling, so I thought I’d be fine.

“We tried to sleep for a couple of hours, but when I phoned our mum she told us to go to hospital. The pain was intense. I’ve had burns before, it was nothing like that.”

A London Fire Brigade spokesman told AFP the substance was thrown inside the tightly-packed crowd of around 600 people in the club at the time.

“The only information that we have is that it was an unknown corrosive substance thrown within the nightclub,” he said.

“It was identified by a pH paper test as a strong acidic substance.”

Officers said 10 people were taken to hospital by ambulance, while a further two sought treatment at an accident and emergency department.

Another of the injured was Sadie Wright, a cousin of former Premier League footballer Jamie O’Hara.

O’Hara tweeted a photo of Ms Wright’s injuries, describing the attack as a “sick act of violence”.

sick that my cousin got burnt from this acid attack in hackney,innocent people get injured for the sick act of violence,guy should get life pic.twitter.com/gysgljLpuO

No arrests had been made as police continue to investigate, but said the incident was not believed to be terrorism or gang-related.