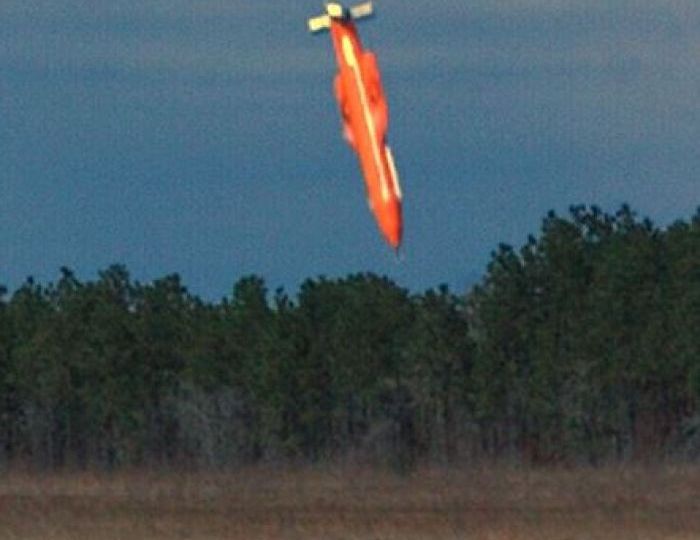 The MOAB is believed to be the largest non-nuclear bomb ever used in combat. Photo: US Central Command

The United States has announced it has dropped the largest non-nuclear device it has ever unleashed in combat on a network of caves and tunnels used by Islamic State in eastern Afghanistan.

As many as 36 IS fighters were purportedly killed in the blast, which came as President Donald Trump dispatched his first high-level delegation to the capital, Kabul, amid uncertainty over his plans for the 9000 US troops stationed in the country.

The deaths have not been independently verified, but Afghan Defence Ministry spokesman Dawlat Waziri said no civilians were harmed in the attack.

Mr Trump touted the bombing as evidence of a more muscular US foreign policy since he took office in January after Barack Obama’s eight-year presidency.

The 10-ton GBU-43 bomb was dropped from a MC-130 aircraft in the Achin district of Nangarhar province, close to the border with Pakistan, Pentagon spokesman Adam Stump said.

The GBU-43, also known as the “mother of all bombs”, a play on the MOAB acronym, which stands for Massive Ordnance Air Blast.

It is a GPS-guided munition and was first tested in March 2003. It is regarded as particularly effective against clusters of targets on or just underneath the ground.

It was the first time the United States has used a conventional bomb of this size in a conflict.

Mr Trump described the bombing as a “very successful mission”. It was not immediately clear how much damage the device caused.

Watch the video for details of the weapon:

During last year’s presidential election campaign, Mr Trump vowed to give priority to destroying Islamic State, which operates mostly in Syria and Iraq. He flexed US military muscles last week by ordering a cruise missile attack on a Syrian government airbase in retaliation for a poison gas attack.

Donald Trump ‘so proud’ of military:

The security situation remains precarious in Afghanistan, with a number of militant groups trying to claim territory more than 15 years after the US invasion which toppled the Taliban government.

So far, Mr Trump has offered little clarity about a broader strategy for Afghanistan, where some 8400 US troops remain.

Last week, a US soldier was killed in the same district as where the bomb was dropped while he was conducting operations against Islamic State.

US drops ‘mother of all bombs’ on ISIS