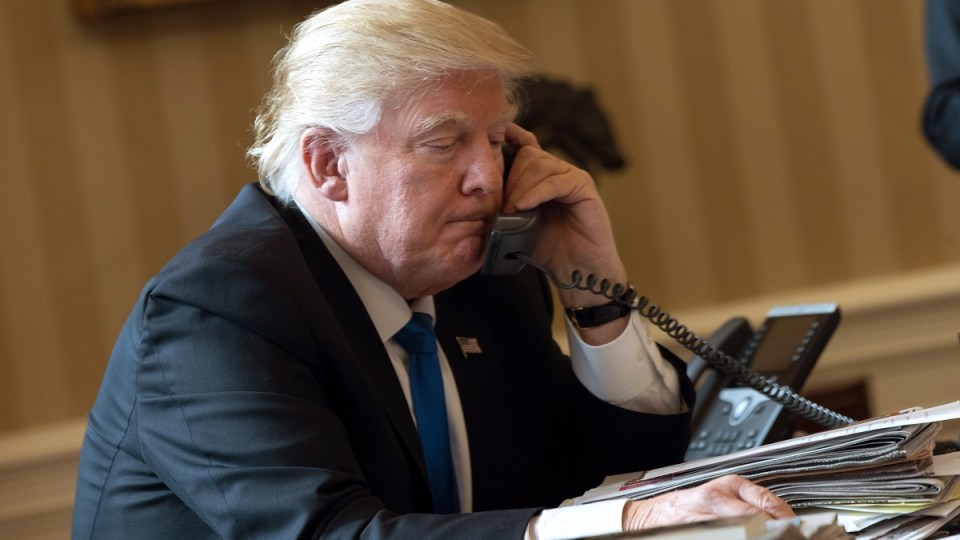 China has dropped the first hints that it might co-operate with the US to rein in North Korea’s Kim Jong-un – a development that came even as Prime Minister Malcolm Turnbull accused Beijing of not doing enough to ease tensions.

Chinese President Xi Jinping spoke via telephone with US President Donald Trump on Wednesday. The unexpected call between the pair came just days after the leaders’ weekend summit in Florida, where tensions on the Korean Peninsula dominated discussions.

“China advocates to resolve the issue through peaceful means, and is willing to maintain communication and co-ordination with the US on the Korean Peninsula issue,” China’s Ministry of Foreign Affairs quoted Mr Xi as saying.

Beijing’s diplomatically worded official reaction was strengthened by comments in state-owned newspaper The Global Times, which called specifically for sanctions against the Pyongyang regime.

“More and more Chinese support the view that the government should enhance sanctions over Pyongyang’s nuclear activities,” the paper said in an editorial observers do not believe would have been published without Beijing’s approval.

“Pyongyang’s nuclear weapons program is intended for securing the regime. However, it is reaching a tipping point.”

It was the first time China has publicly acknowledged North Korea is of mutual concern to both nations, a development analysts saw as the strongest indication yet of closer co-operation.

Taken together, the official statement and the editorial have raised the prospect  the two nations will work together, said foreign policy analyst Alexander Neill, a senior fellow at the International Institute for Strategic Studies.

“China may be prepared to do some sort of tradeoff,” he told CNN. “They want to rein in (leader) Kim Jong-un.”

Such a tradeoff was emphasised on Tuesday in another of Mr Trump’s tweets.

I explained to the President of China that a trade deal with the U.S. will be far better for them if they solve the North Korean problem!

Soon after, in a second tweet, Mr Trump restated his intention to go it alone if China does not join the effort.

“North Korea is looking for trouble. If China decides to help, that would be great. If not, we will solve the problem without them! U.S.A.”

Mr Trump’s tweet is underscored by some of the world’s heaviest and most sophisticated firepower as a US Navy flotilla, led by the nuclear-armed megacarrier USS Carl Vinson, steams at full speed toward the Korean Peninsula.

China must do more to curb North Korea: PM

The signs of a thaw between China and Washington came as Mr Turnbull inserted himself in the international crisis, criticising Australia’s largest and most important trading partner for “clearly not doing enough”.

“The time has come for all parties – but particularly China, which has the closest relationship with North Korea – to bring pressure to bear through the sanctions regime and other means to ensure they cease this reckless and dangerous conduct,” said Mr Turnbull, who is visiting India.

He was backed by Defence Industry Minister Christopher Pyne.

“As Malcolm Turnbull has said, it is very important that China takes full responsibility for what it can do to settle that part of the world,” he said, describing North Korea as “the greatest threat” to global peace.

Mr Neill said that Mr Xi would like to see a liberalised regime in Pyongyang, with the Kim family sidelined or removed altogether.

“China’s best-case scenario, what it would really like to happen, would be a liberalised regime in the North, akin to some of the reforms that took place (in China) in the 1980s,” he said, adding that this would inevitably mean “removing the concentrated power of the Kim family”.

In Sydney, Lowy Institute analyst Euan Graham described the situation as “a game of chicken”.

Mr Trump and Mr Kim are “waiting for the other to blink”, he told CNN. “You can imagine from China’s risk-adverse perspective that could end very badly.”