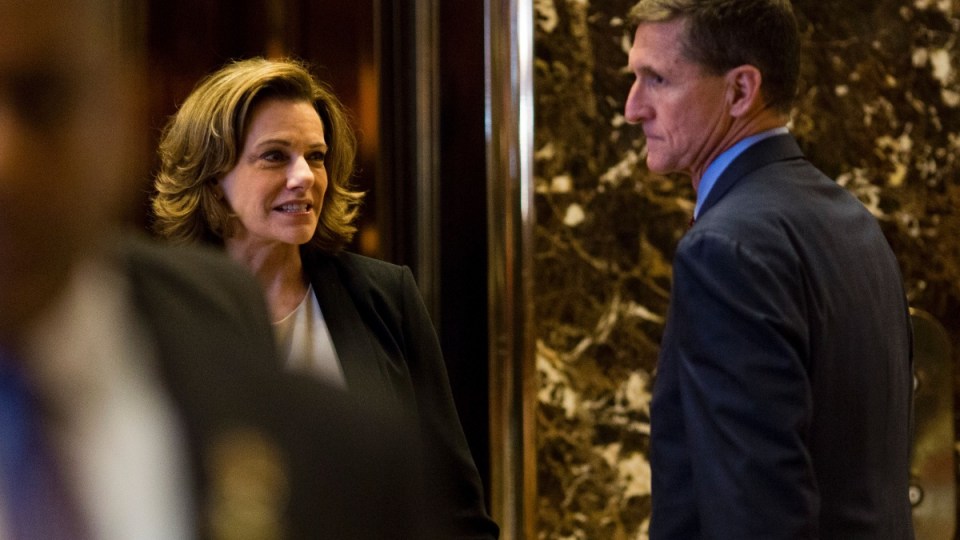 PALM BEACH – A top national security adviser to President Donald Trump is the latest official heading out in an ongoing shuffle within the National Security Council.

K.T. McFarland, who is in line to be the next US ambassador to Singapore, came into the White House as a deputy to Trump’s first national security adviser, Michael Flynn.

Flynn was asked to resign in February amid revelations that he misled senior administration officials about his contacts with Russian government officials.

McFarland’s impending move was confirmed on Sunday by a senior administration official who spoke on condition of anonymity because the official announcement hasn’t yet been made. The administration is still awaiting approval from Singapore and the post requires Senate confirmation.

Flynn’s replacement, Lt. Gen. H.R. McMaster, has freely made changes to the national security structure since assuming the role. McMaster immediately expressed a desire to run a less hierarchical organisation and be more accessible to his staff.

Another White House official, Dina Powell, was recently named deputy national security adviser for strategy and has been present in the recent high level meetings with delegations from Saudi Arabia, Egypt, Jordan and China. Powell joined the White House to work with Trump’s daughter Ivanka on women’s empowerment issues. She had previously served as assistant secretary of state for educational and cultural affairs under President George W. Bush before joining Goldman Sachs.

On Thursday, as the president huddled with top national security and Cabinet officials to trigger US missile strikes on a Syrian government air base from a newly built situation room at Trump’s Florida resort, Powell was among the attendees. McFarland was not.

Among the most notable changes to take place under McMaster was the removal of Trump’s chief strategist, Steve Bannon, from the National Security Council, reversing an earlier, contentious decision to give Bannon access to the group’s highest-level meetings.

Another Trump security advisor moving out of key role