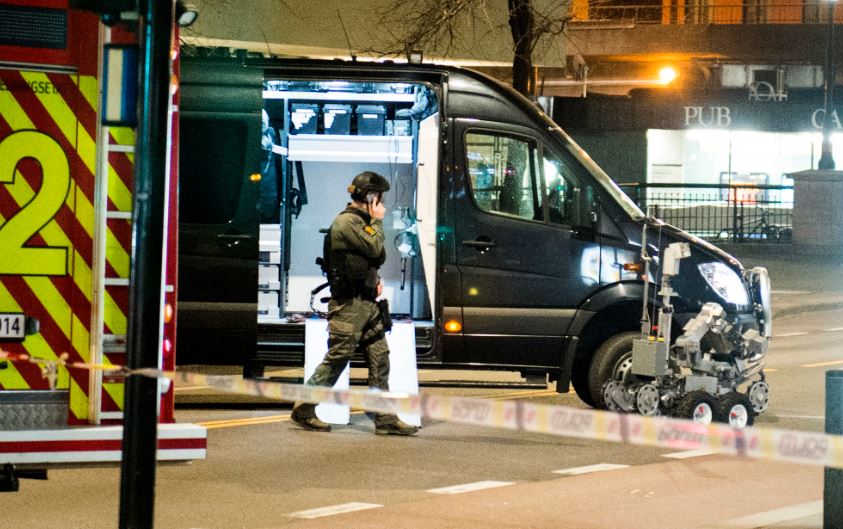 The terrorism nightmare that has haunted Scandinavian nations since Friday’s murderous truck rampage in Stockholm has been further heightened after Norwegian police set off the controlled explosion of a “bomb-like device” found in central Oslo and took a suspect into custody.

A Reuters reporter described a loud bang shortly after the arrival of Oslo’s bomb squad on Saturday night.

“The noise from the blast was louder than our explosives themselves would cause,” a police spokesman said, while adding that further investigation would be conducted at the scene.

The device had appeared to be capable of causing only a limited amount of damage, the police said earlier.

Police declined to give information about the suspect.

Oslo’s Groenland area, a multi-ethnic neighbourhood that is home to popular bars and restaurants as well as several mosques, is also where the city’s main police station is located, less than a kilometre away from where the device was found.

In neighbouring Sweden, a truck on Friday ploughed into crowds in Stockholm, killing four people and wounding 15 in what police said was an apparent terror attack.

In 2011, right-wing extremist Anders Behring Breivik set off a car bomb in Oslo that killed eight people and destroyed Norway’s government headquarters, before going on a shooting rampage that killed 69 people at nearby Utoeya island.